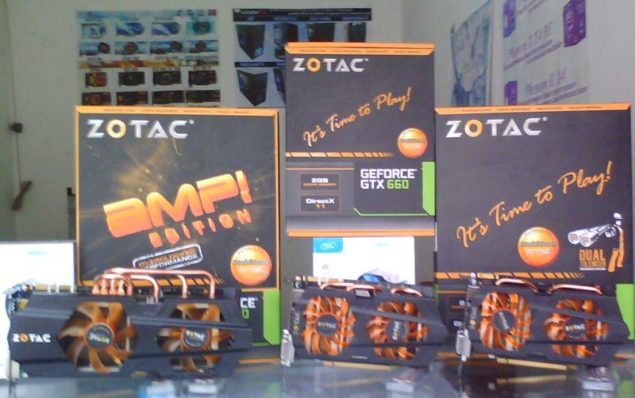 The AMP! Cooler utilizes a dual fan design which cools the large aluminum block underneath the shroud. It is equipped with two copper heatpipes although the GTX 660Ti uses three copper heatpipes. The card is an overclocked model and we are uncertain about the clocks it runs at but that would be revealed at launch day on 13th September. Pricing would be adjusted between $229-$249. You can check out the reference models here.