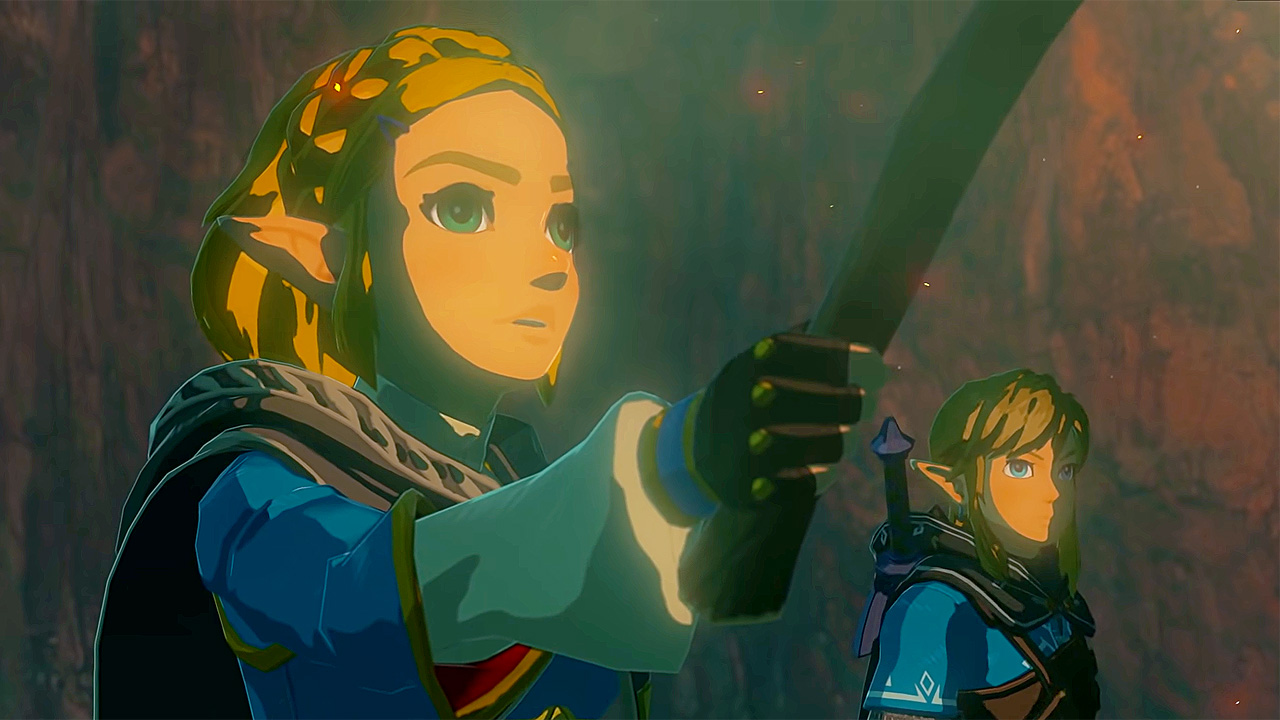 Yesterday during the big Nintendo Direct E3 show, we got a new glimpse of The Legend of Zelda: Breath of the Wild 2, although somewhat oddly, we never actually saw that title on screen. That’s because, while most people refer to the game as Breath of the Wild 2 for lack of a better option, it isn’t actually the real title of the game. Like most Zelda games, Nintendo’s Breath of the Wild follow up will instead have its own unique subtitle. So, why hasn’t Nintendo revealed it yet? Well, according to Nintendo’s Bill Trinen, they’re holding back the title, because it would be too much of a spoiler at this point.

As for why we’re holding back on the name, you’ll just have to stay tuned because, obviously, Zelda names are kind of important. Those subtitles…they start to give little hints about maybe what’s going to happen.

Well, okay Nintendo, be that way – you can’t stop me from speculating though! What title could possibly be such a major spoiler? Zelda: Link Dies at the End? Zelda: This One’s Actually About Tingle? Zelda: Your Swords Don’t Break Anymore? Feel free to use any of those, Nintendo.

Joking aside, Trinen also addressed a concern some fans have about the next Breath of the Wild – that it looks a little too similar to the original game. Of course, BOTW2 is actually a fairly significant visual upgrade over its predecessor, but Trinen also assured fans the game will carve out its own unique identity in terms of story and gameplay…

I think as we start to show a bit more of the game over the coming months to the next year or so, it’ll probably start to be a bit more apparent where this game stands on its own and what makes it so unique. […] By the time you finish playing it, I think everybody is probably going to come to the conclusion that this is really its own thing.

The Legend of Zelda: Breath of the Wild 2 (or whatever it ends up being called) launches on Nintendo Switch sometime in 2022.