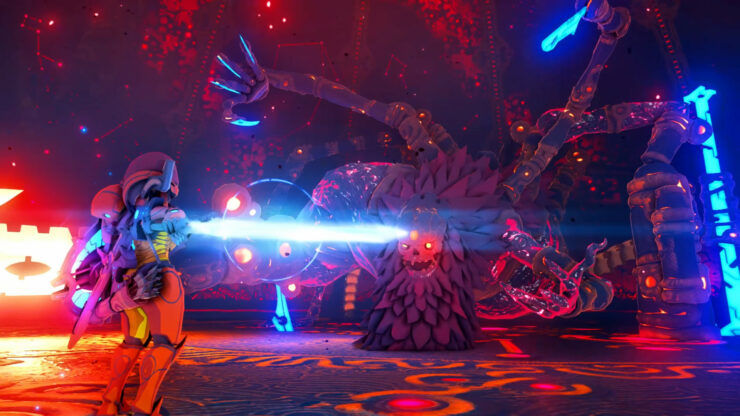 Tired of waiting for Metroid Prime 4? A rather impressive The Legend of Zelda: BotW Metroid mod has been released, which allows CEMU users to play as Samus Aran ahead of the next Metroid installment.

Tired of waiting for Metroid Prime 4? A rather impressive The Legend of Zelda: BotW Metroid mod has been released, which allows CEMU users to play as Samus Aran ahead of the next Metroid installment.

The modification consists of various packs that transform Breath of the Wild in a Metroid experience, including sound effects, new menu sounds, background music composed by Nintendo and fans from the Metroid saga, Samus Aran outfits, a new glider, and even Samus Aran’s gunship.

The gunship is optional and comes with its own sounds ripped from the Metroid Prime Trilogy and 2010’s Metroid: Other M.

As with a lot of modifications, these BotW Metroid packs basically replace existing Link assets in Breath of the Wild with modified Samus Aran models from various various titles in which Samus makes an appearance, including Other M, Super Smash Bros. and Zero Mission.

The optional Gunship skin mod can be downloaded from here.

We've included two videos and a set of screenshots from the packs in action down below. Be sure to check them out.

The Legend of Zelda: Breath of the Wild is available globally now for the Wii U and Nintendo Switch. As said, this modded version can be used on PC through the Wii U CEMU emulator. The latest version of this emulator can be downloaded through here.

Metroid Prime 4 is currently in development at Nintendo and Metroid developer Retro Studios. Development on the title was rebooted last year. We'll update as soon we learn more about the new Metroid installment.