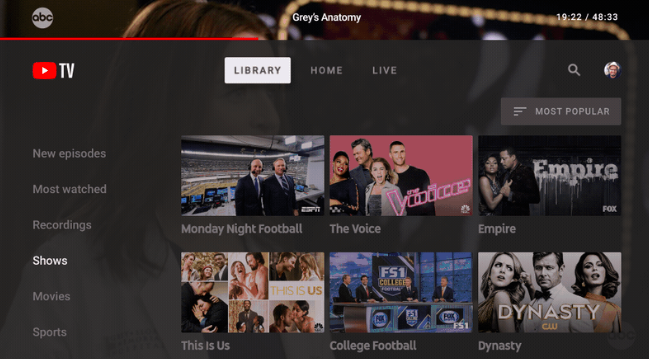 It goes without saying that YouTube is the largest video streaming website, acquired by Google in 2006, the platform has only added more feather to its hat. The platform gave wings to many artists, YouTubers as we call them. Now with YouTube TV's expansion, Google is eying on leveraging the platform to other means. With YouTube TV, subscribers can enjoy live TV from over 40 different networks at $35 per month, and the best part is that it comes with cloud storage sans DVR limit.

Until now, YouTube TV was limited to a smartphone or a web browser. It was pretty strange that Google didn't launch YouTube TV on their TV platform. Thankfully, the company realised what it was missing all along and has launched a dedicated Android TV application for YouTube TV. The app will not just be limited to Android TV boxes like NVIDIA Shield TV or Nexus player, Google will also make it available on smart TVs including LG, Sony, and Samsung.

Other devices that will get the app are Apple TV and the Xbox One lineup (Xbox One, Xbox One S, and shortly Xbox One X). For now, Google has not revealed when the app will go live, but it states that it should be available on Android TV “in the next few days.”

Here's everything that will debut on the dedicated YouTube TV app: