When it was earlier reported that Xiaomi Mi Note Pro was also suffering from overheating issues despite being incorporated with a revised version of Snapdragon 810 (v1.3), a representative belonging to the rising Chinese tech star converged in to save the reputation of his beloved company. In an email sent to us, the company’s PR Manager, John Chan, states that the Mi Note Pro is working without any flaws and that reports coming in that a unit had a burnt motherboard as a result of overheating are not true. 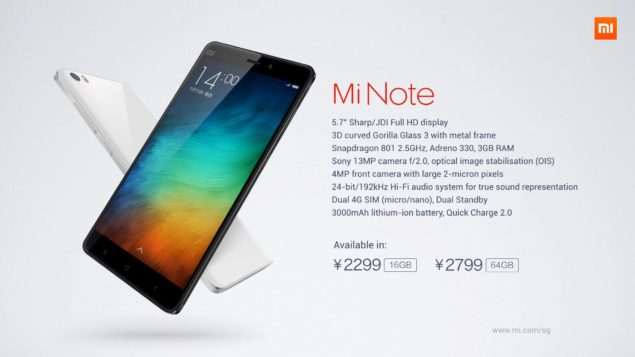 In order to further authenticate that Mi Note Pro is void of any overheating issues, John Chan had this to say to us:

“Firstly, there's a false impression that there are multiple complaints about overheating — this is untrue. The screenshots posted on the source, GizmoChina, all refer to the same incident, in which a user was unable to turn on the device three hours after buying the unit — and this is not even due to heat damage. The Weibo posts in the first screenshot are all referencing the same post first put up on our community forums. Here is our official response posted on Weibo.”

Given below is a translation of the information:

“On May 13, we've given the user a new Mi Note Pro and he has expressed satisfaction with the replacement. The technicians that first encountered the faulty unit have verified that the mainboard was NOT burnt. The unit is currently in transit to Xiaomi's Beijing office where our engineers will investigate why it cannot be turned on. Xiaomi has always been committed to providing excellent customer service and will do our best to solve any issues faced by users.”

There was also a temperature test that was carried out in order to thoroughly check if Mi Note Pro overheats when sufficient processing stress is exerted on to it. The executive later on, mentioned to us that based on an independent review by IT168, the flagship phablet was able to display impressive thermal control, as the temperature only rose to 39 degrees after a graphically-intensive test. It appears that earlier reports concerning a thermally stable Snapdragon 810 in Mi Note Pro were right all along.

Perhaps now, it is time that critics and consumers gave Xiaomi and Snapdragon 810 v1.3 the benefit of the doubt. Unless future issues arise of course.