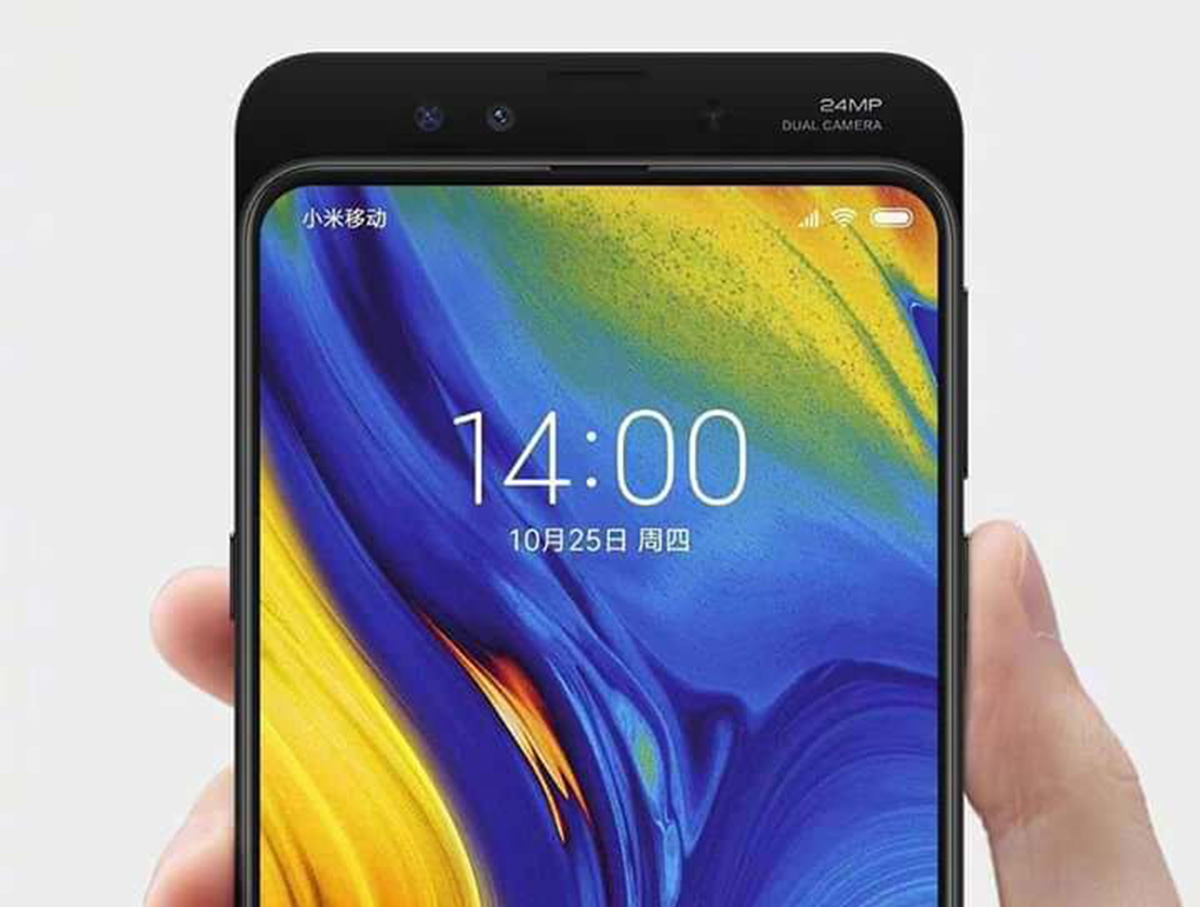 With the iPhone X, Apple introduced a new way to increase screen estate and it inspired a lot of knock-offs. However, notches are a bit of a hit-and-miss for a lot of Android devices and a lot of people find them ugly. In recent times, there have been some variations in the market such as the small waterdrop notch which isn’t much of an eyesore, and optional notches.

Some manufacturers, such as OPPO and Vivo have taken a different route by incorporating pop-up cameras on their phones to increase screen-to-body ratio. Now, Xiaomi is headed in the same direction with the imminent launch of the Mi MIX 3. According to a Reddit thread, an alleged press render of the smartphone has shown up, revealing that it will have a dual-camera setup at the front.

According to images and videos of the upcoming Mi MIX 3 doing rounds on the internet, it will feature a sliding mechanism to house the front cameras. Sliding down the phone will uncover the optics system, which means the system is not automated.

Unlike most other phones in the market, the Mi MIX 3 will have a 24MP dual camera setup on the front. With the slider pushed down, the phone looks pretty impressive with minimum bezels on all four sides. The front cameras will also be used for face unlocking. The power button is apparently on the left-hand side of the phone, while the volume rocker is on the right.

Although the specifications of the rear camera setup are not known, Xiaomi has shared some samples online and by the looks of it, the Mi MIX 3 will have low-light and focusing capabilities but it will probably not be able to outshine the likes of the Pixel 3 and iPhone XS.

The phone will reportedly have a large Samsung-made AMOLED display panel with a Full HD+. It is also rumored to come with an in-display fingerprint scanner. Other notable specifications include 5G support and 10GB of RAM making it the first smartphone in the world to feature this much memory.

However, don’t expect the Mi MIX 3 to feature a Snapdragon 8150. The handset will presumably be fueled by the Qualcomm Snapdragon 845, so it will most likely rely on ‘off the shelf’ 5G modem. Are you excited for the arrival of the bezel-less flagship? Tell us your thoughts down in the comments.