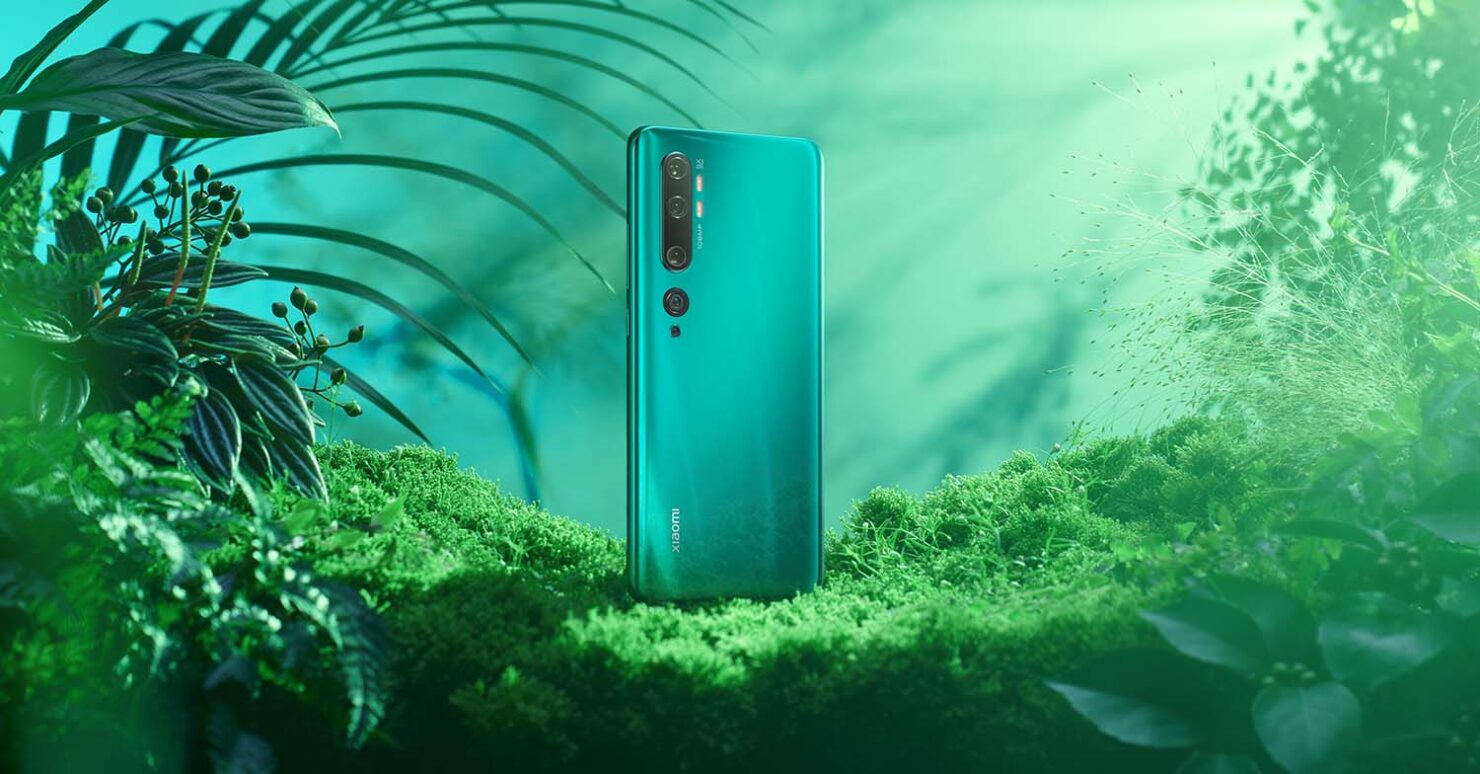 In February, Xiaomi announced the Mi 9, which implies that a successor is around the corner and, as with any forthcoming flagship, rumors regarding the Mi 10 and Mi 10 Pro have started pouring in. With that said, the alleged hardware specifications of both handsets have now surfaced, and they reveal a lot about the two flagships, particularly how they’ll be beasts in the internal specs department.

Xiaomi Mi 10, Mi 10 Pro Impressive Hardware Specs Could Only Be Crippled With the Company’s MIUI

First up, we have the Xiaomi Mi 10, which the leak states that it will sport a 6.5-inch OLED screen with a 90Hz refresh rate. The phone is tipped to come with a quad rear camera setup, which will include a primary Sony IMX686 sensor, a 20MP ultrawide module, a 12MP telephoto unit, and a 5MP shooter, which could either have depth-sensing capabilities or end up being a macro unit. The phone is rumored to offer 30x digital zoom, which is pale compared to what Huawei offers with its high-end smartphones but you have to remember that both these devices are geared towards customers that want an affordable flagship.

The leaked specifications sheet also mentions a large battery with a capacity of more than 4500mAh. It will likely support 40W wired charging, 30W wireless charging, and 10W reverse charging. The phone will apparently be available in three variants, including two 8GB RAM models with 128GB and 256GB of onboard storage, and possibly a 12GB RAM version with 256GB of internal memory. It is believed that the price of the handset will be below the $570 mark if we take direct currency conversion into account here. 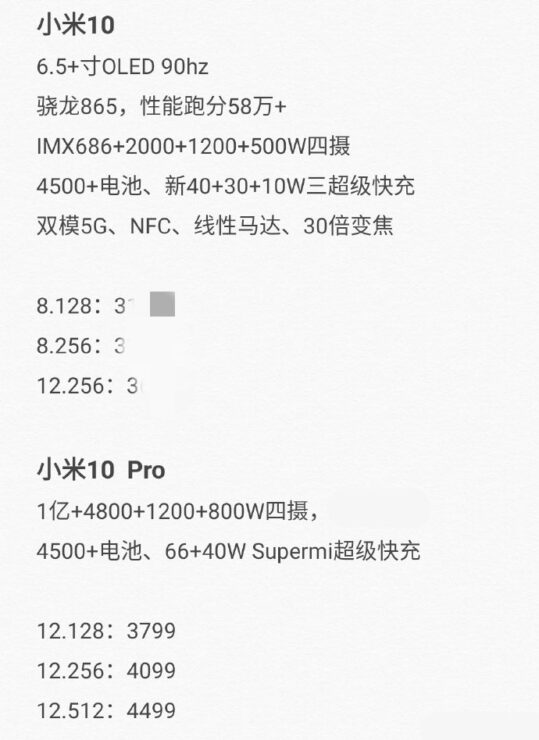 Of course, for those wanting an even more capable handset, we have the Mi 10 Pro, of which fewer details are available. It is also expected to have four cameras at the back, including a 108MP main sensor, a 48MP unit, a 12MP module with a telephoto lens, and an 8MP sensor. The Mi 10 Pro is also rumored to pack in a cell with a capacity of more than 4500mAh and it will probably support 66W wired charging and 40W wireless charging. The phone will apparently be available in three configurations, with 12GB of RAM, and 128GB, 256GB, or 512GB of internal storage. The price will supposedly start at around $544, with the maxed-out variant rumored to cost $644.

As for the other details, both the handsets will likely be fueled by the Qualcomm Snapdragon 865 and will presumably feature a pinhole display with an in-screen fingerprint scanner. We will likely get to hear more about the two phones in the upcoming days, so stay tuned and let us know what you think about this hardware down in the comments.