We have seen the AMD Ryzen 7 5800X3D CPU overclocked to almost 4.8 GHz but MSI's X570 GODLIKE pushes things to the extreme with a 4.9 GHz overclock.

Earlier, we saw Pieter over at Skatterbencher, achieve an overclock of 4.8 GHz on the AMD Ryzen 7 5800X3D CPU using an ASUS ROG Crosshair VIII Extreme motherboard. Now MSI has achieved an even higher overclock using its flagship MEG X570 GODLIKE motherboard which hits an overclock of almost 4.9 GHz.

As expected, motherboards with external clock generators can still allow certain overclocking by pushing the reference clock beyond its stock profile. ASUS's Voltage suspension feature is useful since it retains the 1.35V limit and doesn't exceed it. MSI's flagship MEG X570 GODLIKE has a very similar feature on board and it looks like they are using it to achieve an even higher overclock of 4.86 GHz (4868 MHz). 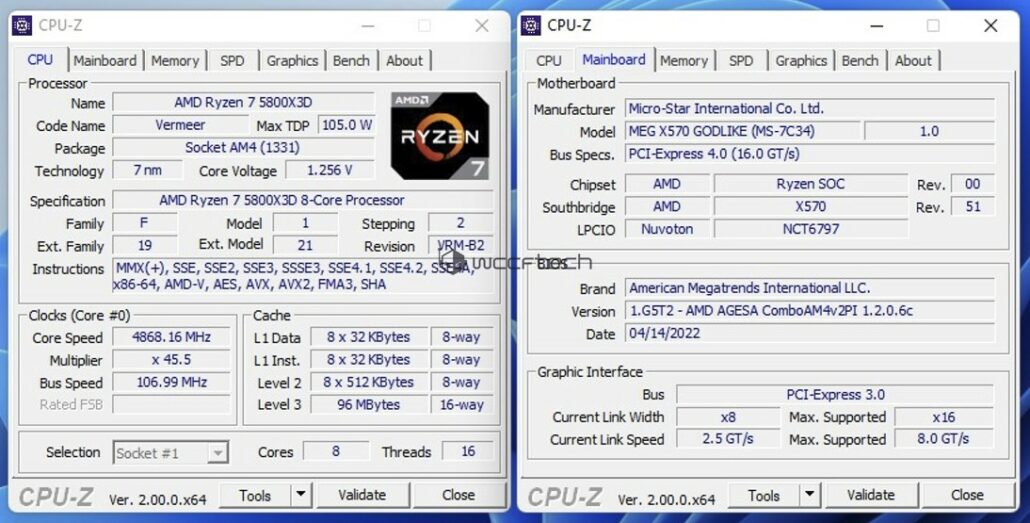 To achieve this overclock, the voltage was set at 1.256V for the AMD Ryzen 7 5800X3D CPU which is below the 1.35V wall for the chip itself. This was achieved on the latest 1.G5T2 BIOS (AGESA 1.2.0.6 Patch C). A reference clock of 106.99 MHz was used with a stock multiplier of 45.5x. One thing that should be pointed is that the AMD Ryzen 7 5800X3D runs really hot when overclocked and that can be seen in SkatterBencher's review where despite using a custom-loop cooling kit, the chip peaked out at over 90C. The CPU does achieve an extra 12-15% performance uplift thanks to overclocking. 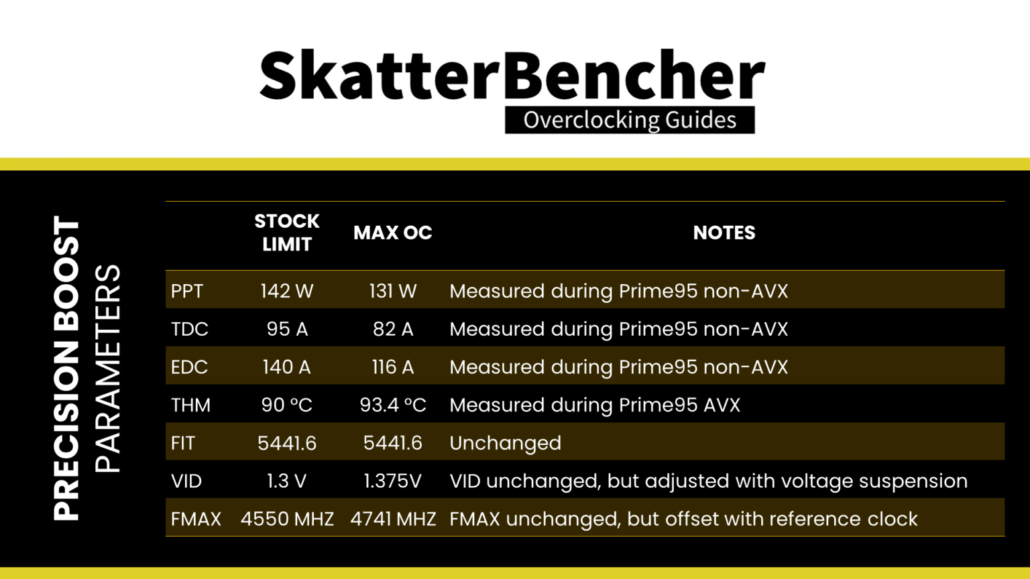 So far, the response to AMD's first 3D V-Cache chip has been widely positive by the tech community and some have even gone as far as to call it the fastest gaming CPU. This bodes well for the future of 3D V-Cache technology and its integration on future Ryzen CPUs such as the ones based on Zen 4 core architecture.