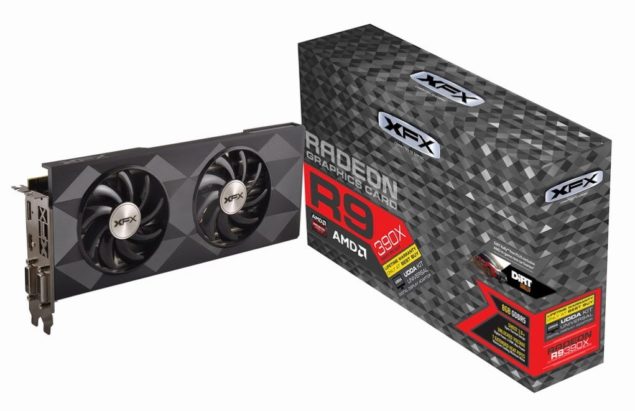 The most surprising thing about this leak is that we have seen the same card two months ago when it was under mass production and someone leaked the card. Many sites pointed that the leaked card was a fake but it can now be confirmed that the leak was quite legit as XFX's latest picture show the same diamond pattern that was leaked months ago.

There has long been speculation about the codenames of the upcoming cards but now the dust is being settled and we are starting to receive more information based on facts rather than rumors. The Radeon R9 390X was long been thought as the flagship graphics card of the Radeon 300 series family with other cards below it. Just a few weeks ago, it was reported and later identified that the flagship graphics card will not even use the Radeon 300 series branding and get a more special naming scheme which is codenamed Radeon Fury. There will be few Radeon Fury cards in the lineup, each will have HBM memory and the latest Fiji GPU architecture to deliver 4K ready gaming performance. The cards will be packaged in compact form factor, water cooled designs and also air cooled variants. 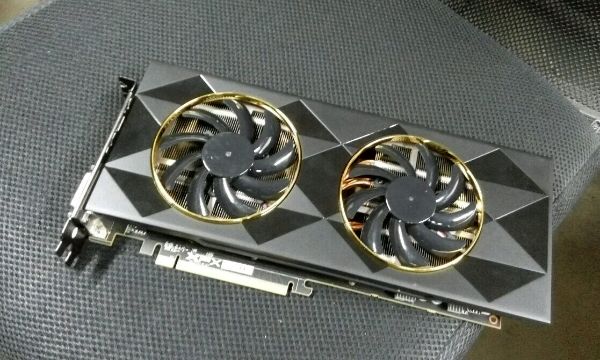 The rest of the lineup included in the Radeon 300 series family will be based on rebrands of current cores that include Hawaii (Grenada), Tonga, Bonaire and possibly Pitcairn too. The top most Grenada, which is a Hawaii based rebrand with 8 GB VRAM has already been unveiled by Powercolor and we had some sights at the card that confirm it is nothing more than a rebadged Hawaii with clock speed bumps and 8 GB GDDR5 VRAM. There are no architectural improvements but these non-reference designs will push performance a bit higher than the current Radeon R9 290 (X) based cards. The Tonga based Radeon R9 380 from Gigabyte Gaming G1 series was also spotted last week which confirms that these cards have been under full production for a while now.

The XFX Radeon R9 390X Double Dissipation comes with the Grenada (Hawaii) core which packs 2816 stream processors, 176 texture mapping units and 64 ROPs. The card comes with 8 GB of GDDR5 VRAM which is clocked at 6 GHz as opposed to 5 GHz on the Radeon R9 290X. The memory operates along a 512-bit interface and pumps out 384 GB/s bandwidth. There are no clock speeds given except the older specs from Hawaii GPU but it is expected that the card will get a 50 MHz core bump (reference) so this card may be further factory over clocked. From a design perspective, the card features the XFX Double Dissipation cooler with a custom PCB design that has two fans to push air down a central Direct Contact base heatsink system incorporated with several heatpipes. Display outputs include Dual-DVI, HDMI and a Display Port. Card may be provided power by either 8+8 or 8+6 Pin connectors, expect a price range around $399-$449 US when the cards officially hit the market on 16th June. 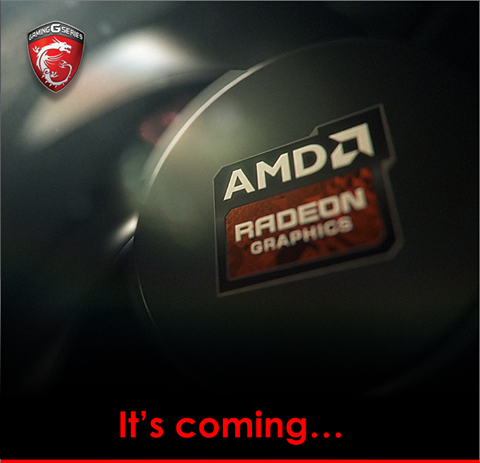