PowerColor just let the cat out the bag and showcased its upcoming water-cooled R9 390X 8GB Devil at ComputeX. The company's new flagship custom cooled variant of the R9 390X will feature a hybrid cooling setup very much like the R9 295X2. With a large fan channeling cool air onto the VRMs and a 120mm radiator cooling the GPU itself. 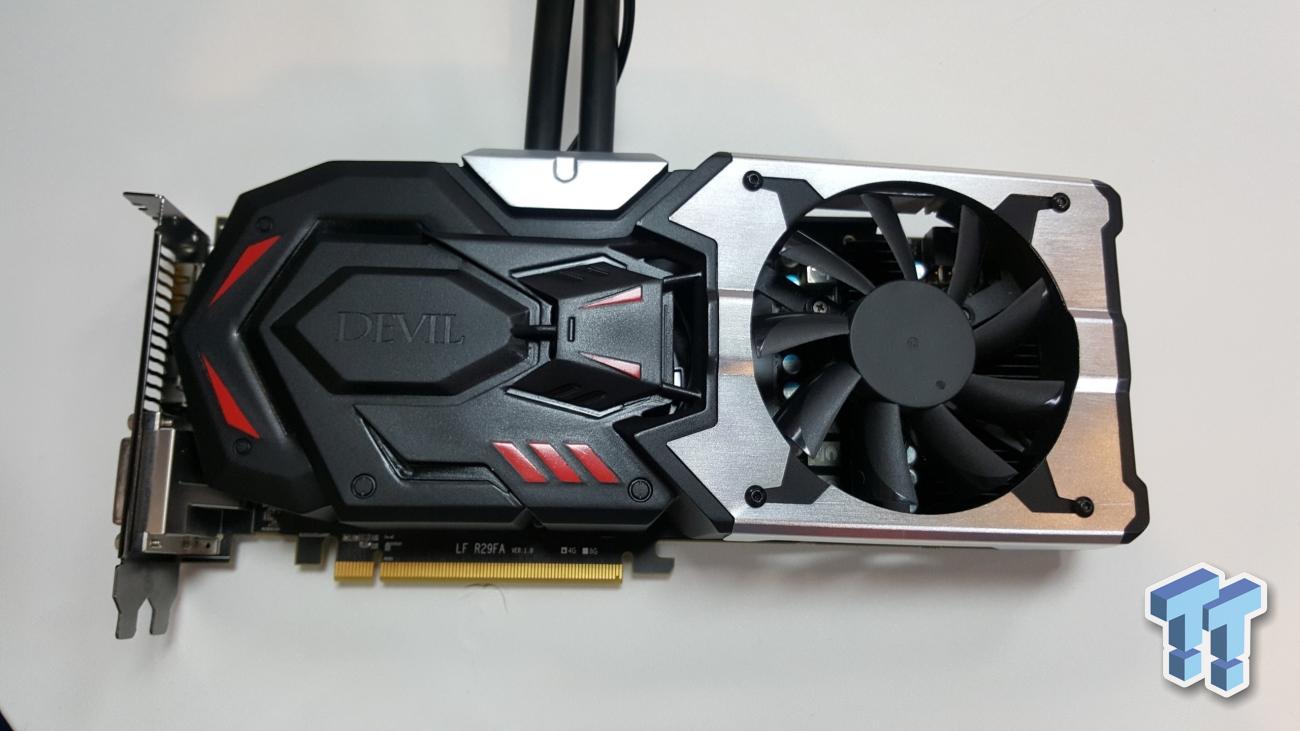 The design looks very aggressive and will without a doubt appeal to a lot of gamers. Powercolor went for a mix of silver, black and red with a bold engraved "Devil" in a diamond shape to the left of the large fan. Powercolor has not revealed details about the clock speeds or temperatures. But we expect to see clock speeds north of 1100Mhz for the GPU and 6000Mhz for the memory.

As with other R9 390X cards the card will feature an updated version of the Hawaii XT GPU with higher clock speeds in addition to 8GB of GGDR5 that's also clocked higher than the current flock of R9 290X cards.

The Devil 13 brand is reserved for PowerColor's highest end offering of a specific graphics card. So there will no doubt be other versions of the R9 390X with custom air coolers as well. But none as dramatic as this one. 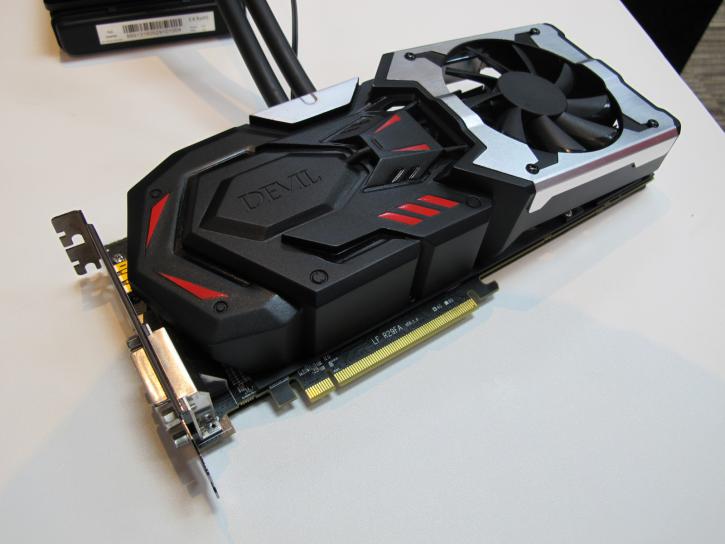 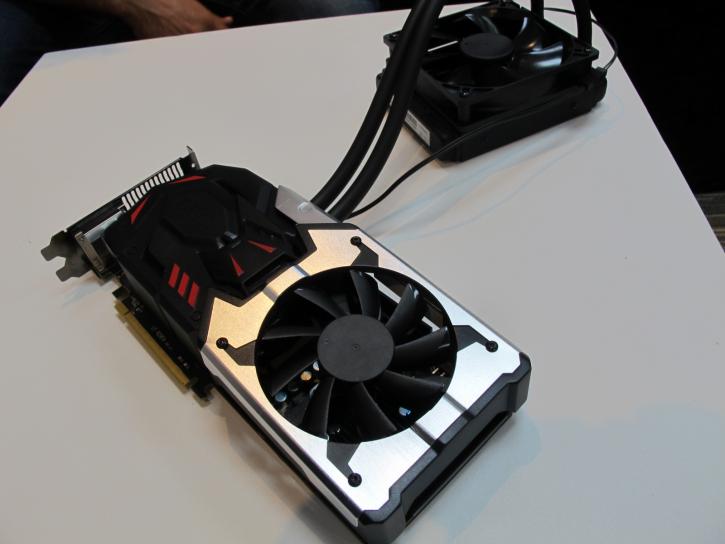 Despite featuring a hybrid liquid and air cooling setup the card is actually quite thick, spanning 2+ PCIE slot widths. Speaking of the water cooking setup the radiator is a thing 120mm design attached to a high static pressure quiet 120mm fan that will exhaust the warm air out of the back of the case.  It appears to feature 3x 1/4" isolated anti evaporation tubing, which also appears to be quite long so you'll be able to install a graphics card at the bottom PCIe slot without issue. 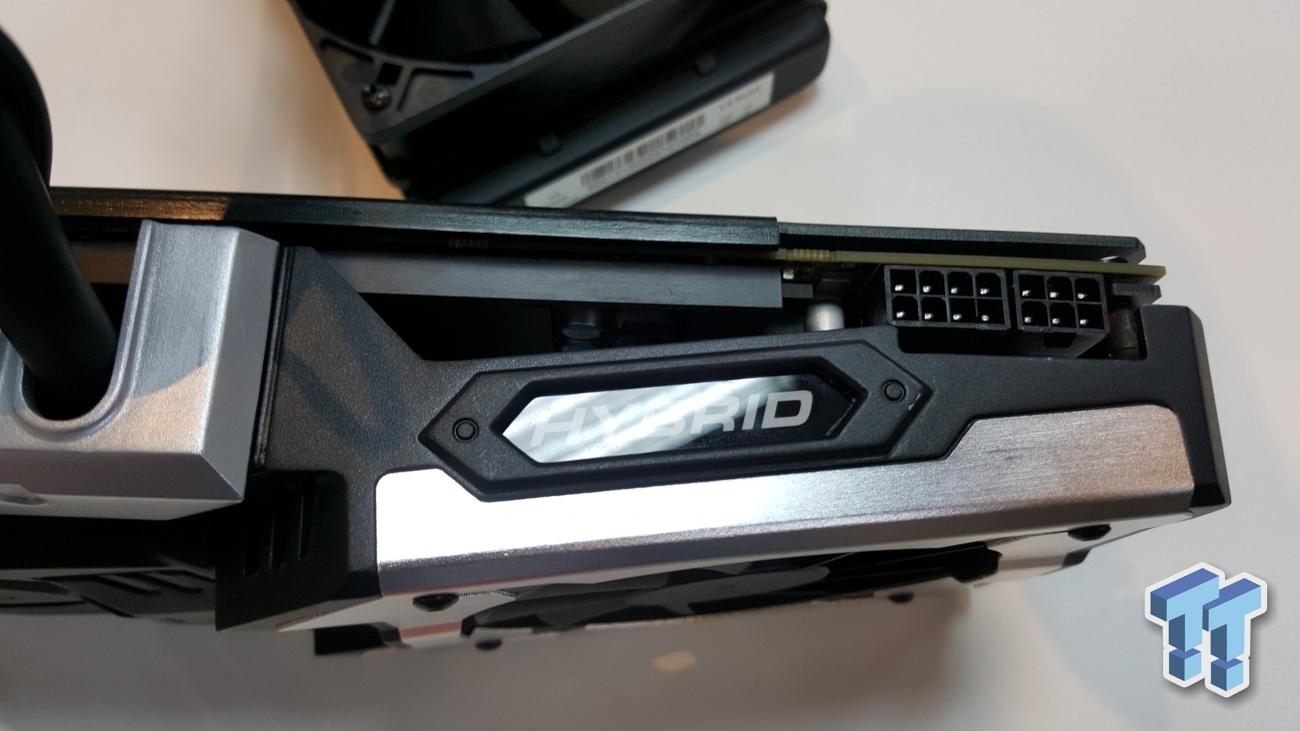 Despite being a factory overclocked top end model, it maintains the reference 8+6 pin PCIe power configuration.
You can also clearly see in the image that powercolor has fitted the card with strengthening metal plate that begins about half an inch away from the 8-pin. The card is also fitted with a backplate that gives the card even more structural rigidity as well as a cool aesthetic look. 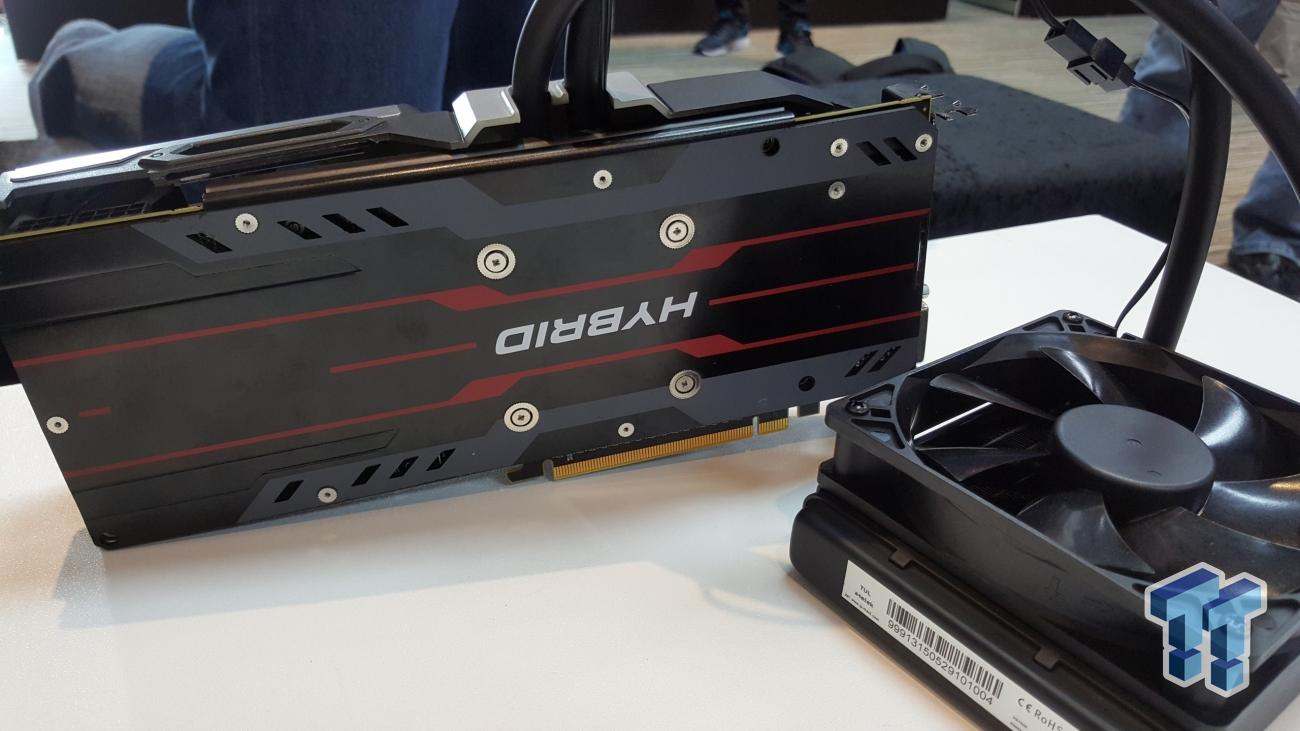