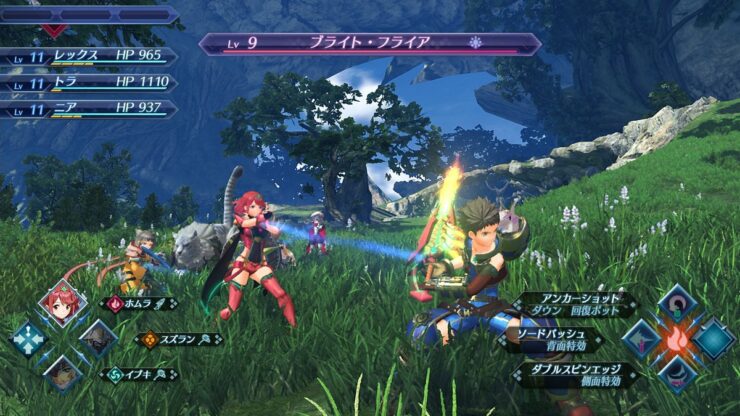 With Xenoblade Chronicles 2 finally having received a release date earlier this month, Monolith Soft. and Nintendo are showing more of the game and its features. A couple new screenshots have recently emerged online, detailing another of the game's mechanics.

The new screenshots, which can be found below, show how bonds between a Driver and a Blade will be shown during battle. The color and the length of the line apparently indicates how strong the bond is.

Earlier this month, some dedicated players put together some Xenoblade Chronicles 2 comparison screenshots, comparing the latest build shown during this month's Nintendo Direct to the E3 2017 and January Presentation ones. A new trailer has also been released this month.

Xenoblade Chronicles 2 launches on Nintendo Switch on December 1st in North America and Europe. We will let you know more about the game as soon as possible, so stay tuned for all the latest news.