[Update] The Xbox Series X full specs have now been revealed. You can find all the details here.

[Original Story] A new picture of the Xbox Series X chip has been shared online today, showing the chip in greater detail.

The new image has been shared by Xbox head Phil Spencer himself on his official Twitter profile. This isn't the first time Phil Spencer shares images of the Xbox Series X chip, but this one will allow fans to speculate further on the console's specs, which have yet to be detailed in full. 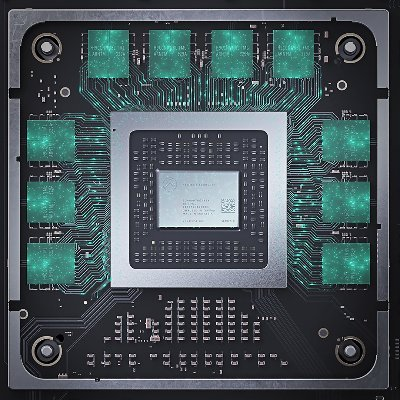 The sharing of the new image comes a few days before Microsoft reveals some new information regarding the Xbox Series X through several livestreams that will show the panels which were supposed to take place at the GDC 2020, which has been postponed due to Coronavirus concerns.

There's still a lot we do not know about the Xbox Series X, but what has been revealed so far seems very promising. Earlier this month, it has been confirmed that the console will have a dedicated audio chip that will make it so that sound designers won't have to fight programmers and artists for memory and CPU power. Fewer limitations will also translate into major audio improvements for next-gen games.

Making games always has you thinking about technical limitations. Eventually, these limitations become less and less the more you evolve with new consoles, but at the same time it’s always a constant thing: These are the maximum number of voices we can have, because otherwise the game is going to lag.