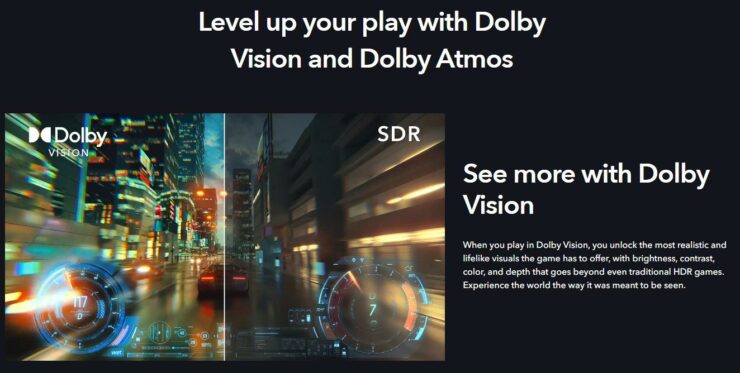 High Dynamic Range lighting is becoming more than just a buzzword used to sell newer television displays or talk about lighting in tech demos. As the technology has evolved over the years, it's become more prevalent in gaming with a large number of AAA studios starting to include HDR lighting in many of their games. However, that has typically been a case where the technology used in gaming has been held back by the latest innovations in the technology. Today, Dolby has announced that their Dolby Vision HDR technology will be making its way to console gaming: exclusively launching on the Xbox Series S and Xbox Series X, other platforms to follow. 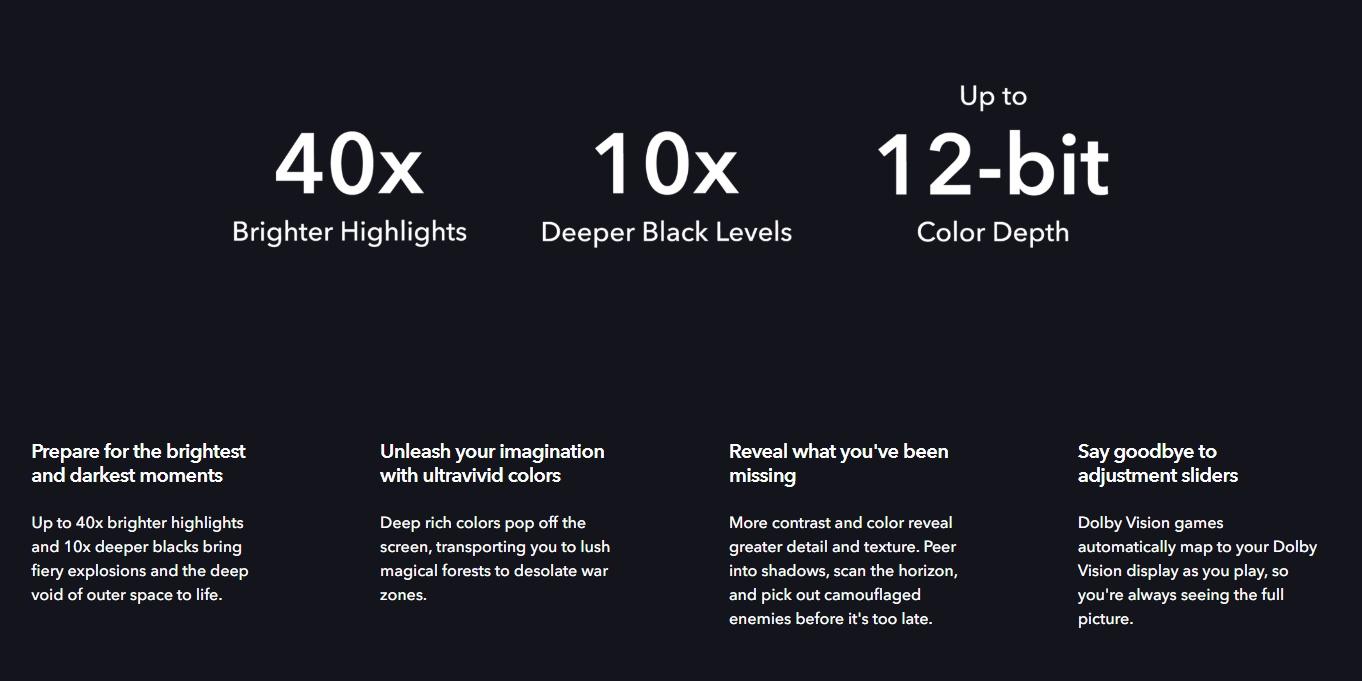 Dolby Vision is yet another standard in High Dynamic Range formatting that's meant to rival against HDR10+ and HLG. A great number of TV displays today will feature one of these HDR formats. In fact, the television I use in my home office utilizes Dolby Vision: the TCL 55R615. Dolby Vision is intended to help display a higher number of colors with a greater intensity, much like other forms of HDR, but with a more demanding set of specifications. Tom's Guide offered this comparison between HDR10's 10-bit color and Dolby Vision's support for 12-bit.

Dolby Vision provides for instructions or metadata that can change from scene to scene, telling the TV when push contrast or boost a particular color. Furthermore, Dolby's maximum spec for consumer TVs goes up to 12-bit color depth for a possible 68 billion colors (versus the old Rec. 709 8-bit color depth that renders just 16.7 million possible colors). On the brightness side, Dolby Vision allows for levels reaching 4,000 nits or more.

By comparison, HDR10 uses a fixed set of metadata, giving TVs less flexibility on how to handle different scenes in a particular movie, for example. HDR10 also stipulates a 10-bit color depth for up to 1.07 billion possible colors. And for brightness levels, HDR10 displays aim for 1,000 nits or more. But those numbers don't tell the whole story.

While your television may have been able to support Dolby Vision, what you were getting out of your console was typically an HDR10 signal on supported software. With today's announcement from Dolby, that's going to change in the coming months as they've announced that the next generation of Xbox consoles will be the first bit of new hardware to take advantage of the HDR standard. This will mean not only gaming but all of that Netflix you're about to binge over the next year is about to get upgraded to Dolby Vision, as Dolby has announced that Dolby Vision for gaming will be available in 2021.

Introducing the next level of gaming.⁣
⁣
The Xbox Series X and Xbox Series S are the first consoles ever with gaming in Dolby Vision® (coming soon) and Dolby Atmos® (available at launch).⁣⁣
⁣⁣@Xbox, welcome to gaming in Dolby. https://t.co/5lkpVT8ntb

When you get a new Xbox Series S or Xbox Series X, you'll instantly have access to Dolby Atmos with your one-time license fee carrying over if you're using the same profile from the Xbox One family of consoles. If you do not already own Dolby Atmos, you can download the free Dolby Access app and get a free trial to try out Dolby Atmos for Headphones before opting to purchase the $14.99 license fee.

Dolby Vision for gaming on Xbox Series X and Xbox Series S will be available in an update currently scheduled for 2021. As Dolby has noted that it will launch on these consoles *first* and not *exclusively*, we should hear more about Dolby Vision coming to the PlayStation 5 and other supported platforms in the coming months. If you want to check out Dolby Vision now and see how your TV handles it, you can try out the Netflix app on the Xbox One X.