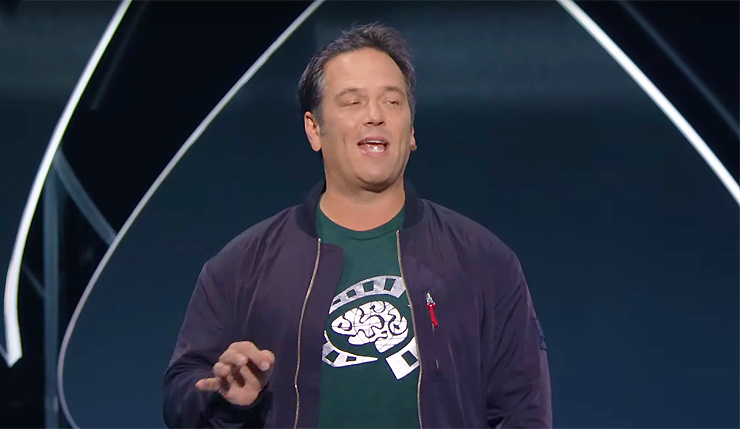 Reviews of Microsoft’s big E3 2019 Xbox Briefing has been somewhat mixed. The company did deliver some big moments, like Keanu Reeves in Cyberpunk 2077, the reveal of Xbox Scarlett, and some new Halo Infinite and Gears 5 info, but some of the announcements people were expecting never came. Microsoft has been on a spending spree lately, snapping up studios like Ninja Theory, Obsidian, and Double Fine, and investing in existing studios like Playground Games, Turn 10, and The Coalition. So, shouldn’t there have been more big exclusives announced?

Well, in a new interview with Kotaku, Xbox boss Phil Spencer admits holding a lot of stuff back. Why? Because Microsoft can now…

One of the nice things I loved about the E3 2019 Xbox Briefing, was the things that we didn’t show. I think about of the 14 first-party games, 12 are shipping in the next year. We were really able to focus on what’s coming now, which I think is awesome. And then I think about the studios -- where was Initiative? Where was Turn 10? Where was Playground’s second team? This hasn’t always been the case with our first-party line-up -- where we’ve had the ability to not show everything all the time.

We did reach a time in our first party, where the number of games and studios that we actually had […] put a lot of pressure on everything. And it became more difficult to manage a portfolio when you kind of needed everything […] to hit the date that it had picked three years ahead of time [and deliver a] very high level of quality. The support that we’re getting now and we’ve had over the last couple of years has allowed us to invest in our first party, adding eight new studios and really create room for us to focus on quality.

It will be interesting to see if Spencer’s current strategy does result in better games. We’ll probably have to wait until the next console generation to see if it really panned out.

What do you think? Is Microsoft making the right moves? Which potential unannounced Xbox games are you most excited about?