CD Projekt Red just dropped a new Cyberpunk 2077 trailer at the E3 2019 Xbox Briefing, and it was as impressive as you would expect, but it was the final moments of the trailer that will really grab most fans' attention. Yes, just when you thought Cyberpunk 2077 couldn’t get any more badass, it’s been revealed John Wick himself, Keanu Reeves, will be playing a character in the game. Check out the trailer for yourself, below.

We don't really know who Keanu Reeves will be playing just yet, although it definitely looks like he's going to be a pretty significant presence in the game. It seems Cyberpunk 2077 protagonist V meets him after being choked out/possibly killed -- did he bring you back to life some how? Is he some sort of futuristic cult leader? We'll just have to wait to find out!

CD Projekt Red has also revealed pre-order details for Cyberpunk 2077. Everybody who pre-orders gets access to the following physical and digital items:

Of course, Cyberpunk 2077 is also getting a Collector’s Edition, which includes everything in the base edition, and these extra physical items: 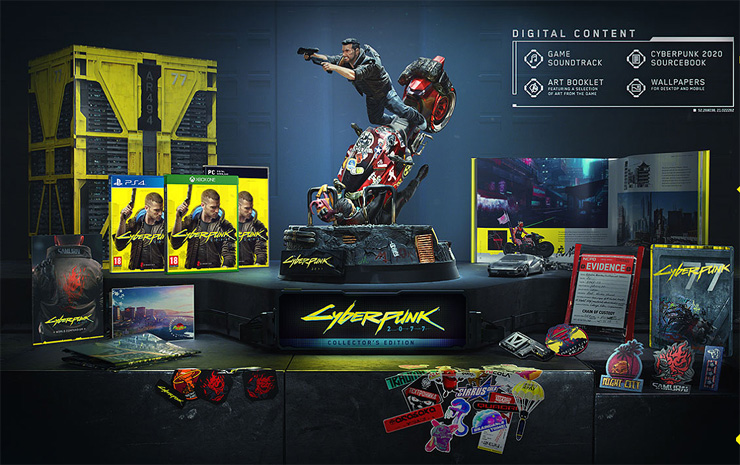