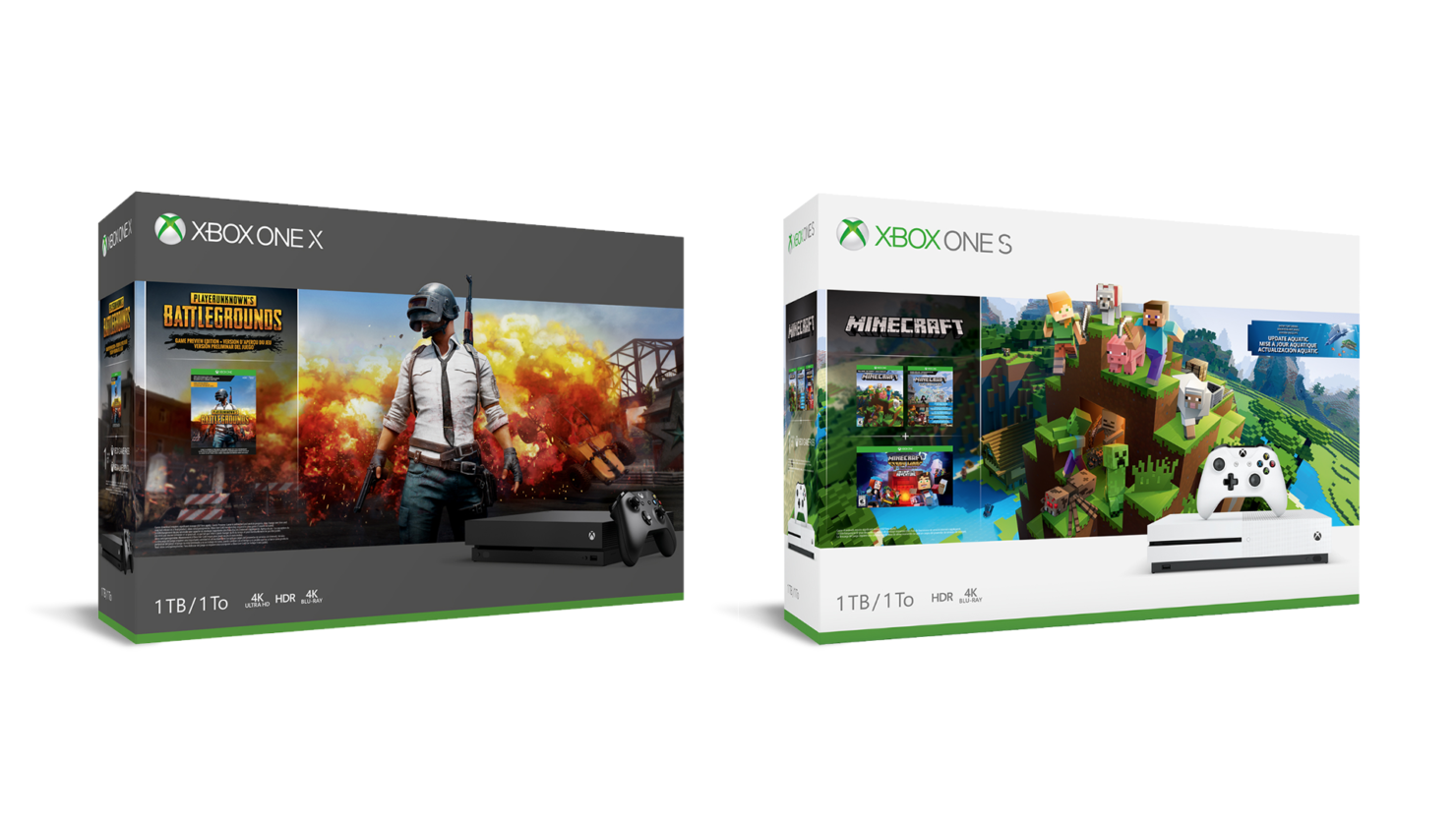 The PlayerUnknown’s Battleground Xbox One X bundle will be made available later this week for $499 USD, and comes with an 1TB Xbox One X console, wireless controller, 1-month Xbox Game Pass and Xbox Live Gold trial, and a full-game download of PUBG.

An interesting tidbit from Microsoft's official blog post is that PUBG on Xbox One has surpassed 8 million players. Back in March of this year, Microsoft reported that the shooter had more than 5 million players.

The Xbox One S Minecraft starts shipping today, and comes with a full-game download of Minecraft and season one of Minecraft: Story Mode – The Complete Adventure. In addition, the bundle comes with a 1-month Xbox Game Pass and 14-day Xbox Live Gold trial.

“If the Xbox One S is more your style, we’ve also got the Xbox One S Minecraft Bundle”, Microsoft writes. “Beat the summer heat with the cool new Update Aquatic and explore new ocean biomes, shipwrecks, ruins and more. Infinite worlds and ways to play can be found in this bundle, as well as the option to play with your friends on nearly any other platform thanks to Xbox Live.”

According to Microsoft, the Minecraft Xbox One S bundle will be available soon for $299 USD at select retailers in select regions. Please note that in the U.S., this bundle will be exclusively available at the Microsoft Store and Walmart.