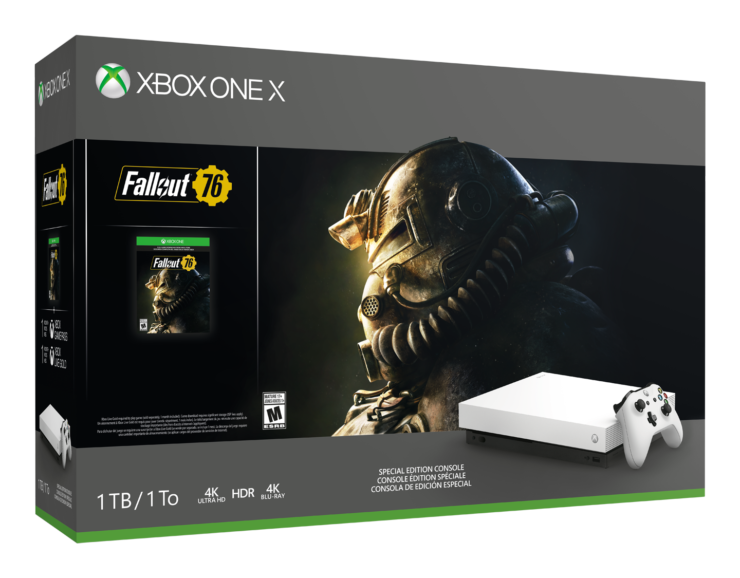 The special Robot White Edition Xbox One X Fallout 76 bundle includes a full-game download of Bethesda’s upcoming new Fallout game, Fallout 76, and a matching white wireless controller. This special edition Xbox One X will ship to retailers globally starting November 14 and is available for pre-order today for $499.99 USD exclusively at the Microsoft Store and GameStop in the U.S., and globally at participating retailers.

To match your new white Xbox One X Fallout 76 bundle, Microsoft will also release a brand-new white Elite controller, which will ship to retailers worldwide starting October 16 and is available for pre-order today for $149.99 USD exclusively at the Microsoft Store and GameStop in the U.S,. and worldwide at participating retailers.

Yakuza is Getting a Western-Developed Live-Action Movie

Renewed 2020 iPhone SE Available in All Colors, Fully Unlocked for Just $361 and Selling Out Fast

Get TWO USB-C to Lightning Charging Cables from Anker for Just $16.99 [Today Only]