OWC has refreshed the ever-popular of the Mercury Elite Pro DAS, and this new DAS has a wide range of capacities of 1 TB, 2 TB, 4 TB, 6 TB, 8 TB, 12 TB, 14 TB, and 16 TB versions. These devices are perfect in an office setting like the ability to stack multiples of these devices easily and the performance provided by these devices, which is up to 283 MB/s.

OWC has announced an updated version of the Mercury Elite Pro DAS, which is not only available in a 1 TB to 16 TB model, but there is an enclosure only version as well, which is priced at $49.00 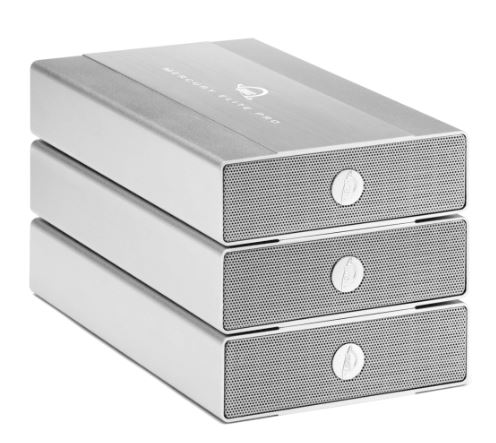 Since the design of this DAS allows multiple devices to be stacked easily, this is perfect for users that may need more storage than the largest version, which can provide up to 16 TB from a single device. Every device from 1 TB to 16 TB is equipped with a hard drive that offers a 7200 RPM speed. One key difference between the devices, besides the capacities of the hard drives, is the cache provided by each device, the 1 TB model having just 32 MB cache, 2 TB - 4 TB model has 64 an MB cache, and 6TB - 8 TB model currently has a 128 MB cache. The 12 TB to 16 TB model has a large cache of 256 MB.

This new device is compatible with a wide range of devices from Apple's OS X to new smart TVs, a fantastic feature of these devices is that they support Apple Time Machine and Windows File History backups. These features are not only perfect for office use but also perfect for content creators who would make use of these features, for freeing up space on a computer's internal drive to improve the performance.

OWC is currently available ad MacSales in varying sizes from 1 TB with the max capacity being 16 TB, which has a cost ranging from $109.00 for the 1 TB and $579.00 for the 16 TB model, shown here. Not to be confused with the previous version of the Mercury Elite Pro (shown here), which uses an earlier version of the USB 3.1 Gen 1, instead of the newer USB 3.1 Gen 2 technology.