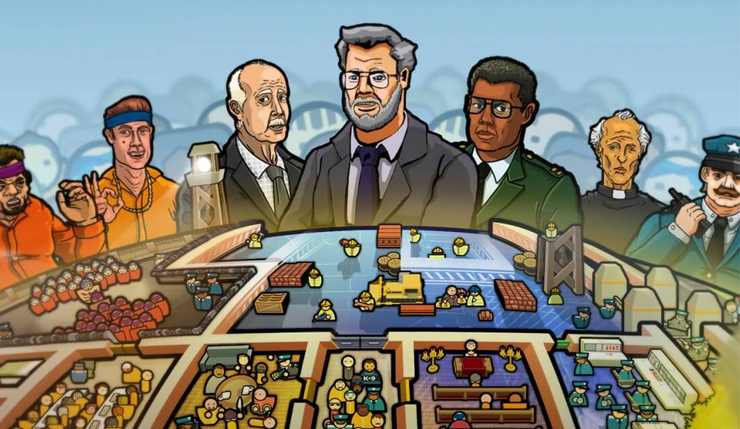 Here are Microsoft’s official descriptions of all four September Games With Gold titles:

Take control of designing, building, and running a maximum-security penitentiary in Prison Architect. See the results of your grand designs play out on the lives of your inmates, as you create a utopic rehabilitation center or a Super Max prison. You’ll manage everything from staffing, security, and maintenance to escape attempts and riots. It’s your prison, your rules.

Break the infinite cycle of war between the machines in the twin-stick shooter Livelock. Control one of three mechanical chassis types – Hex, Vanguard or Catalyst – to defeat your mechanical enemies in this three-player co-op shooter as you battle to unlock Eden and revive humanity.

Journey to a galaxy, far, far away and fight the Separatist army in Lego Star Wars III. Based on the “The Clone Wars” animated series, experience massive ground battles, boss fights, and multi-layered space combat in the uniquely humorous Lego style. Expanded abilities, weapons, and characters in over 20 story-based missions make this the most action-packed Lego game to date.

Bring peace back to Monster World in three classic action RPG titles from the past in Sega Vintage Collection: Monster World. Relive the fun of the Wonder Boy series, including the final chapter never released outside of Japan. This is retro adventure gaming at its finest.

Lego Star Wars III will be available from September 1 to 15, Livelock and Monster World will be available on September 16, and Prison Architect can be downloaded all month long. As always, once you download a Games With Gold title, you’ll have permanent access to it, so long as you still have an active Xbox Live Gold membership.

Seems like Microsoft got wind that PS Plus would be offering  Destiny 2 for free next month and decided they weren’t interesting in competing, because this lineup…it could be better. What do you think? Any of this month's Games With Gold strike your fancy?