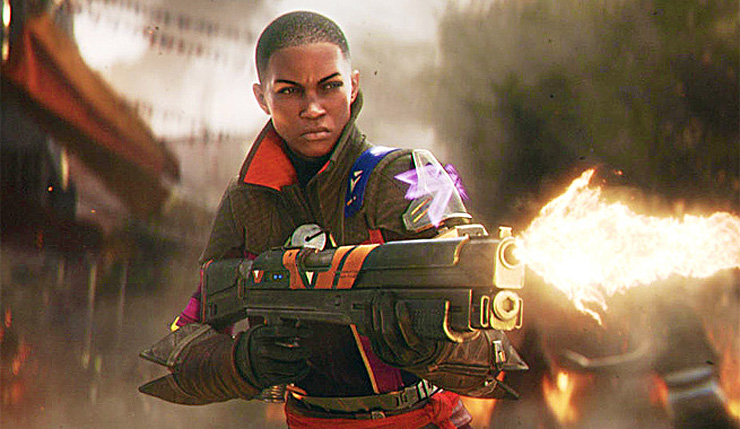 Sony has revealed the free games PlayStation Plus subscribers will have a chance to tackle in September, and this month is a big one. Following a solid August headlined by Mafia III and Dead by Daylight, September will serve up the less-than-a-year-old Destiny 2, and the critically-acclaimed God or War III Remastered! Dang, beat that Microsoft!  Destiny 2 will be available today, a week earlier than the rest of the September games, so players can test out the new Forsaken PvE/PvP mode, Gambit. Check out a trailer for the new additions, below.

Embark on an epic journey across the solar system in this online shooter. In the cinematic campaign, you’ll enter a world filled with compelling characters and fight to take back our home. Battle alongside friends with multiple cooperative modes or challenge others in intense multiplayer matches.

Play as Kratos as he rises from the depths of Hades to scale the very heights of Mount Olympus to seek vengeance. Armed with double-chained blades and an array of other weapons and magic, Kratos must take on mythology’s deadliest creatures while solving intricate puzzles throughout his merciless quest to destroy Olympus. God of War III: Remastered will be available to download beginning September 4.

In addition to the games above, Sony is also offering the atmospheric PSVR horror game Here They Lie, and PlayLink title Knowledge is Power as bonuses.

As mentioned, Destiny 2’s big Year 2 expansion, Forsaken kicks off on September 4. You can get full details on all the content planned, right here. I’m sure there will be plenty of snarking about Activision giving away Destiny 2 for free already, but hey, gift horses and all.

What are your thoughts on September’s free PS Plus games? Finally going to give Destiny 2 a try? Excited for some classic Kratos carnage?