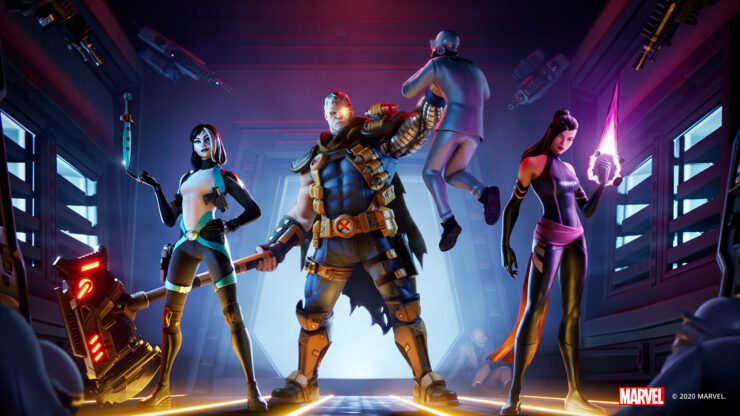 Three of the most famous members of the X-Force team have just joined Deadpool in Fortnite. These are Domino, Cable, and Psylocke. Marvel fans are very familiar with them, of course, but for a quick introduction, Domino has the power to influence probability to be on her side and against her foes; Cable, a time traveler and the son of Cyclops and Jean Grey, is considered to be an Omega-level mutant with incredibly powerful telekinetic and telepathic powers; Psylocke is also an Omega-level mutant featuring strong telekinesis and telepathy based powers.

You can purchase the skins, back blings and gear in different bundles available through the item shop. The X-Force Outfit Bundle includes the character skins and respective back blings (Domino's Pack, Cable's Cloak, and Psylocke's Shurayuki), while the X-Force Gear Bundle features three harvesting tools (Cable's Unstoppable Force, Domino's Probability Dagger, and Psylocke's Psi-Blade) and the Psi-Rider glider. The Outfit Bundle is priced 3,000 V-Bucks, while the Gear Bundle is now listed for 2,000 V-Bucks (after the initial and incorrect listing for 2,500 V-Bucks).

Individual purchases are also available in the shop. The Psi-Rider glider costs 1,200 V-bucks, while the harvesting tools are priced 800 V-Bucks each. Lastly, each character's outfit and back bling is priced 1,500 V-Bucks.

Last but not least, Deadpool himself also got a new X-Force themed outfit. In order to unlock it, you'll have to complete his Week 9 challenges, which fittingly consist in finding his shorts, then finding his pants and saluting them. Yes, you heard that right; it's Deadpool after all.

Deadpool's shorts are actually found in the game's menus. Go to Battle Pass and then to the Agents area, click on Midas and they'll be on the chair right behind him.

The pants are located at the very top of the Sweaty Sands hotel; you won't have to manually equip the salute emote, it'll just require a contextual button press. 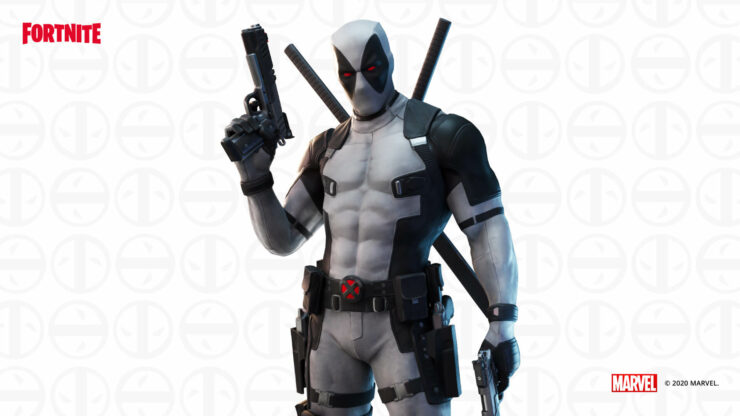