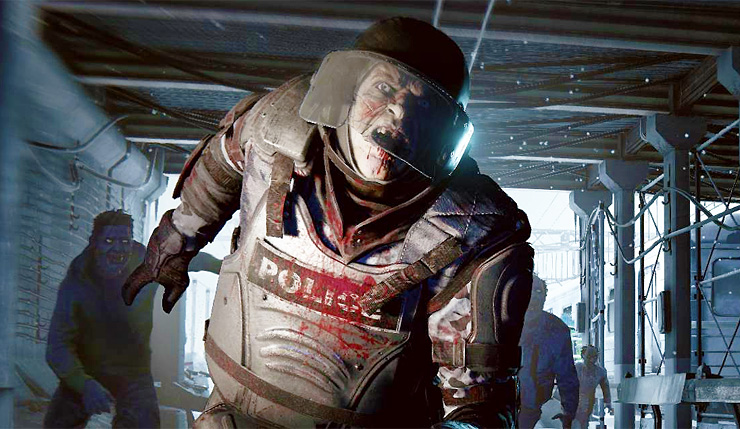 World War Z will be let loose in less than two weeks, and developer Saber Interactive have released their meatiest trailer yet to get players hyped. We get a look at new footage showcasing the game’s four unique locations (New York, Moscow, Jerusalem, and Tokyo), co-op features, upgrade system, enemy types, swarm mechanics, and more. Check out all the action for yourself, below.

Looking pretty solid, as usual. This is the best look we’ve had yet at the game’s upgrade system and difficulty levels – good to see the game will have some depth for those who want to master it. That said, the game should also be fairly accessible for newcomers (I had fun with the game despite not being a Left 4 Dead master). Haven’t been keeping up with World War Z? Here’s the game’s official synopsis:

I’ve had a chance to go hands-on with World War Z, and trust me, the game is surprisingly fun. If you’ve got a few extra minutes, you can get additional info about World War Z’s zombie types, ties to the movies, and more in Wccftech’s full interview. Saber Interactive also recently unveiled a surprise fourth location for the game, Tokyo, which you can learn more about, right here.

World War Z shambles onto PC, Xbox One, and PS4 on April 16. What do you think? Excited to take on the horde? Or are you burnt out on zombies?