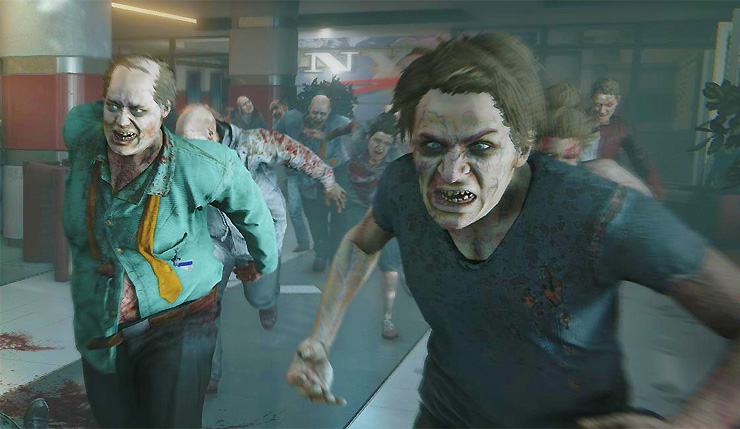 The promising co-op zombie shoot ‘em up World War Z releases in just a little over a month, and developer Saber Interactive have released a revealing new dev diary to get players hyped. The diary largely focuses on the game’s trademark undead swarms, which can contain up to 500 zombies at once, and includes tons of new in-game footage. Saber also confirms each of the game’s three major locations (New York, Moscow, and Jerusalem) will have their own set of four unique survivors, and provides a peek at the character selection screen. You can check out all the zombie mashing mayhem, below.

This game continues to look good! I like that the zombie swarms are designed to adapt to the player’s skill level – like most folks, I enjoy gunning down walkers, but I’ve never been the world’s best Left 4 Dead player. The game’s PvPvE mode is also looking worthwhile. Haven’t been keeping up with World War Z? Here’s the game’s official synopsis:

Powered by Saber’s dynamic Swarm Engine, World War Z unleashes hundreds of fast-moving, bloodthirsty zombies - able to move as one collective horde as well as break off as individuals units – at a time on players. Choose from six distinct classes and an arsenal of deadly weapons, explosives, turrets and traps. Outlive the dead through intense four-player co-op campaign missions around the world, and battle both zombies and human opponents in competitive, team-based Players vs. Players vs. Zombies multiplayer.