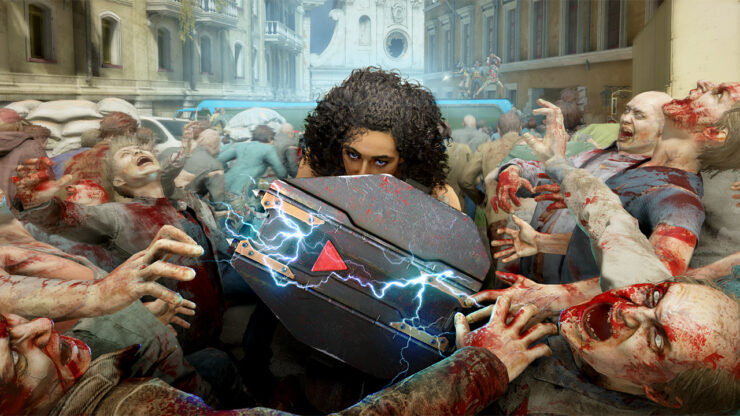 World War Z was a solid sleeper hit for Saber Interactive when it released it back in 2019, and now they’re going back to the well with World War Z: Aftermath, which will be available as a $40 standalone game or a $20 expansion for those who have already started their zombie slaying. Aftermath will offer three additional locations (Rome, Vatican City, and Kamchatka), each with their own set of new characters to play as, new enemies and weapons, and yes, the ability to play in first-person mode! You can check out a trailer for World War Z: Aftermath, below.

World War Z: Aftermath is the ultimate co-op zombie shooter based on Paramount’s blockbuster film, and the next evolution of the original hit World War Z that has now captivated over 15 million players. Turn the tide of the zombie apocalypse across consoles and PC with full cross-play. Join up to three friends or play on your own with AI teammates against hordes of ravenous zombies in intense story episodes across new zombie-ravaged locations around the world: Rome, Vatican City and Russia’s Kamchatka peninsula.

On top of the expansion, Saber will also be launching full next-gen console versions of World War Z in early 2022. This won’t just be a visual upgrade – Saber is tapping into the power of the PC, Xbox Series X/S, and PS5 to deliver more undead than ever in the next-gen-exclusive Horde Mode XL.

World War Z is available now on PC, Xbox One, and PS4, and playable via backward compatibility on Xbox Series X/S and PS5. The Aftermath expansion shambles our way in late 2021.