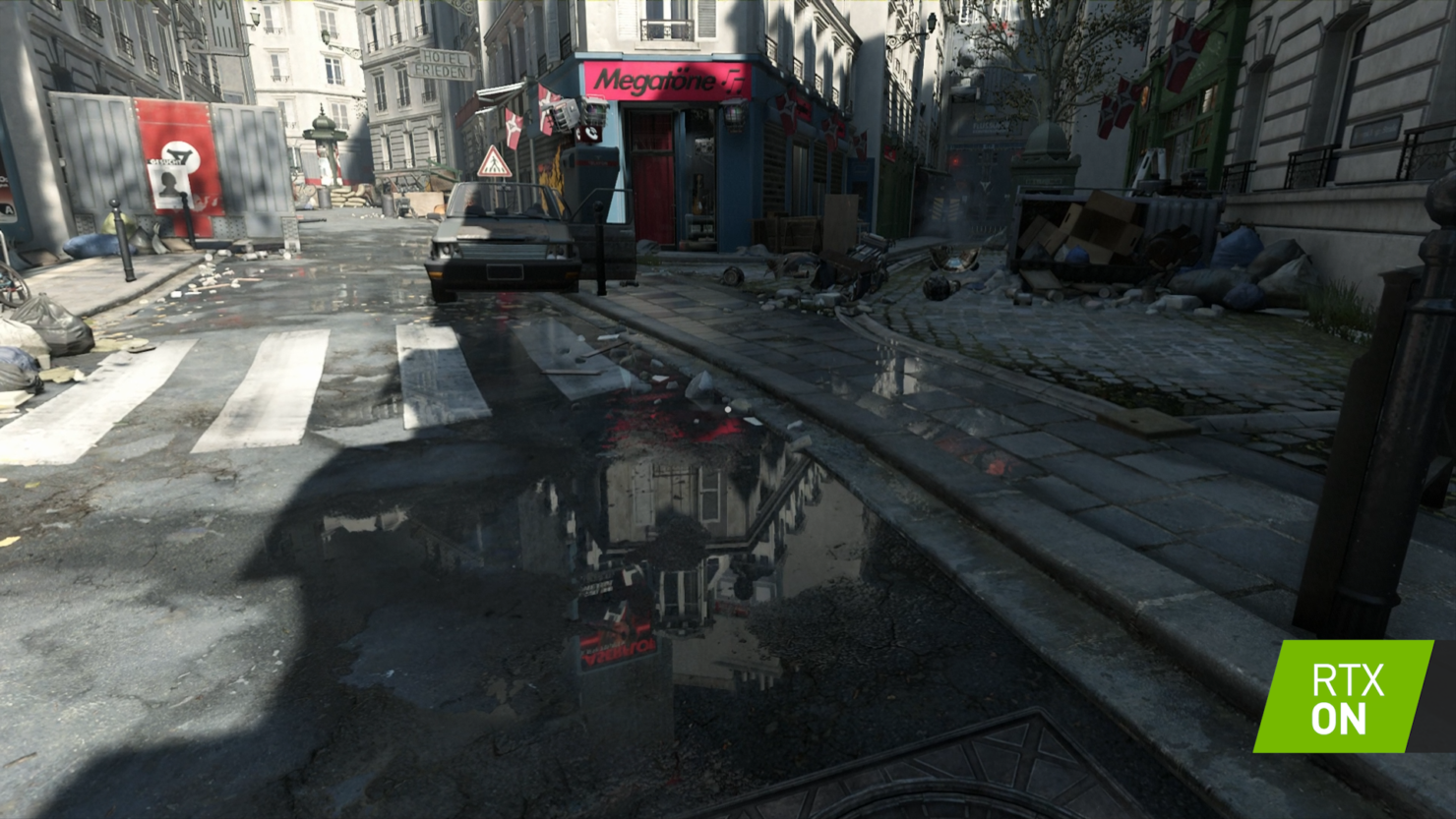 Wolfenstein Youngblood launched about a month ago to mixed reviews, including Nate's, who awarded the game a meager six out of ten.

Wolfenstein: Youngblood just never finds the right groove. The game’s needless RPG elements, microtransactions, and sloppy non-linear structure are obvious mistakes, but it also has some surprising basic level design and pacing problems. Wolfenstein: Youngblood can still be good, visceral fun in fits and starts, but overall, the game lacks the maturity of the elder Blazkowicz’ adventures.

That said, the developers at MachineGames have since released several patches to improve the 'bullet-sponge' enemies and add more checkpoints throughout the levels. A feature that still has to be added to Wolfenstein Youngblood is ray tracing, which was however demonstrated at gamescom 2019. Below you can see a video captured by Gamersyde, showcasing ray traced reflections. We don't know yet when ray tracing will go live in Wolfenstein Youngblood.

Meanwhile, NVIDIA provided a technical 'deep dive' into their Variable Rate Shading solution used in Wolfenstein Youngblood. Called NVIDIA Adaptive Shading, or NAS, it can improve performance by up to 15% with no perceptible visual quality loss.

The following tests were conducted in stationary scenes of Wolfenstein Youngblood, with the game running at 4K resolution on a system powered by the GeForce RTX 2080Ti graphics card.

In a nutshell, Content Adaptive Shading predicts the impact of reduced-rate shading, and only does it if it’s expected to be imperceptible. Thanks to the VRS feature on Turing GPUs, the shading rate can be set to vary independently on each 16x16 screen tile, allowing a fine grained distribution of shading budget over the tens of thousands of tiles on the entire screen.

Generally speaking, the less contrast and variation the objects in the scene have, the lower the shading rate can be without reducing visual quality. To give gamers the freedom to customize their experience, options are available to fine tune based on their liking

Motion Adaptive Shading takes advantage of motion blur-type effects to reduce the shading rate when moving and turning in game.

VRS seems to be on the rise. A feature test was recently added to the 3DMark benchmarking suite (take a look at Keith's video test from two days ago) and it's also been confirmed to be available in Call of Duty: Modern Warfare alongside ray tracing.

The big advantage over similar techniques trying to lessen the considerable burden of 4K resolution on the hardware is that VRS is smartly adapting itself so that only the less significant parts of the image get reduced shading, while dynamic resolution, checkerboard rendering et cetera have no such capability.

With plenty of game developers and Microsoft on board through a dedicated API, it could become more and more popular in the next few years. We'll keep looking into its advancements, that's for sure.