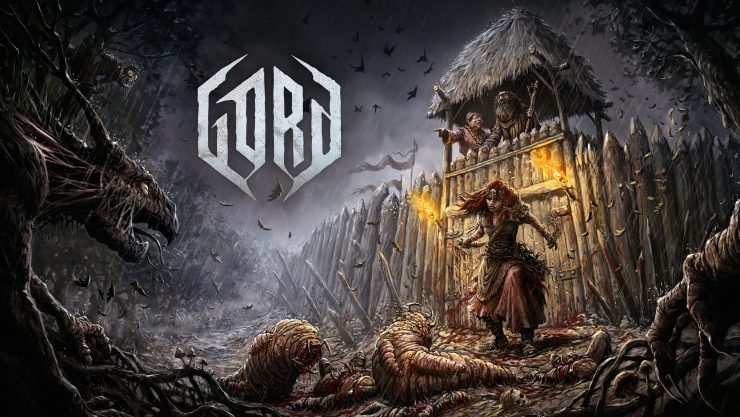 Strategy games are today’s topic, with the previously announced Gord being the focus. Created by Team17 and Polish game dev creative house, Covenant.dev. Gord is a single-player dark fantasy strategy game coming to PC. The game tasks players with leading the Tribe of the Dawn as they strive to establish new settlements and explore eerie forbidden lands while interacting with horrific creatures and deities inspired by Slavic folklore.

This game takes the real-time strategy formula that previous games have utilized, and adds a couple of new spins on mechanics. Usual mechanics like building your settlements and expanding steadily in various areas retain that formula and are pretty standard for the genre. Things get interesting when you consider the game’s new Sanity mechanic.

The Sanity system is meant as an additional factor to consider in the challenges of running your ever-expanding Tribe. Essentially, your units’ Sanity can deteriorate due to various factors, such as sickness, the death of kin, or starvation, and these things can make things much more taxing. Direct consequences weren’t disclosed, but one can assume that units can commit suicide if their Sanity is too low.

You can watch the teaser trailer for Gord below:

Covenant.dev is a 24-person development house that includes alumni from prominent developers who worked at other gaming studios like CD Projekt RED, 11 Bit Studios, and Flying Wild Hog. The alumni themselves have worked in games like The Witcher 3, Frostpunk, and Shadow Warrior 2. The company is led by The Witcher 3 producer Stan Just, who said the following about Gord.

Gord is our debut game as a studio, and we're thrilled to have Team17 as our publishing partner. They have an excellent global track record and have repeatedly proven that they care about smaller teams and helping them realize their vision. Gord is an unapologetically dark and sometimes quite confronting game; Team17 has been hugely supportive in helping us bring it to life and home in on what we really feel makes our world special. We look forward to sharing more soon

Team17, who has been confirmed to work with Covenant.dev has announced that it will be working with the developer to bring the game to PC through Steam. Here's what the head of publishing Harley Homewood had to say:

The team at Covenant.dev already has an impressive development pedigree and Gord’s relentlessly bleak world and unique combination of city building, survival, strategy, and adventure promises something brand-new for PC players looking for a deeper and more mature experience. Bringing Gord onto our label solidifies our commitment to super high-quality and diverse games and we look forward to working with Stan and his team to welcome players to its brutal dark fantasy world.

Gord’s release date is currently yet to be announced and will be released on PC. You can wishlist the game on Steam.