Last week, we have reported that a quite talented modder is working on a first person view mod for The Witcher 3, the latest entry of the series developed by CD Projekt RED. In the past few hours, skacikpl has shared an updated on how work is proceeding, as well as a few new beautiful screenshots. 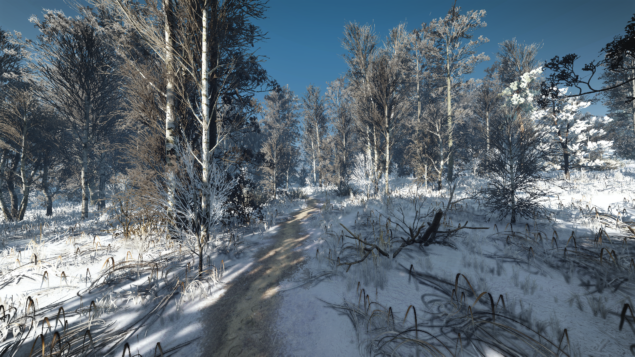 Over the last few days, skacikpl has managed to solve some of the issues he encountered during the development of the mod, with a reduced head bobbing, working mouse controls and proper movement. Unfortunately, he still hasn't found a way to fix a couple of issues, such as Hairworks not showing up at all.

What works:
-Camera attachment directly to the head bone
-Mouse controls (although still buggy)
-Proper movement (although there are some issues left)
-Head bobbing is reduced to a minimum

What doesn't:
-Objects very close to the camera disappear
-Hairworks don't show up at all (probably has something to do with broken visibility checks)

As mentioned above, skacikpl has also shared a couple of new beautiful screenshots, and you can check them out right below.

On a somewhat related note, Jacek Rozenek, the Polish actor who voices Geralt, has shared a few pics from the Blood and Wine voice recording sessions on his Facebook profile. Unfortunately, we have no idea if Polish language voice recording has only just begun, but the fact that they're still working on it means that any rumored April release date for the Blood and Wine expansion is becoming less and less likely.

The Blood and Wine expansion will be set in the duchy of Toussaint, a place that hasn't been touched by the war between the Northern Realms and Nilfgaard. There isn't much we currently know about the expansion, other than that it will feature a complex story, a memorable antagonist, new music composed from scratch and much more.