The Blood and Wine DLC for the Witcher 3: Wild Hunt will feature “completely new” music, which has been written from scratch for the upcoming expansion.

The Witcher 3’s upcoming expansion is slated for a release in the coming months, and is said to offer around 20 hours of gameplay. According to CD Projekt Red’s community manager, Marcin Momot, the expansion will feature “awesome” changes. 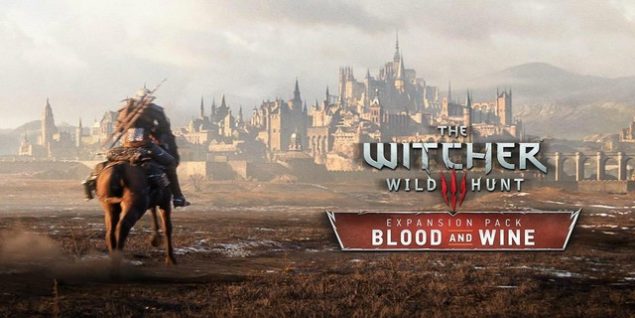 The Witcher 3 Blood and Wine DLC to feature new characters, a new plot, a new area, and new music

One of those “awesome” changes that Momot mentioned back in December 2015, might be completely new music for the expansion. In a recent interview with Gamepressure, The Witcher 3 composer Marcin Przybylowicz, talked about the music in The Witcher 3; during the interview, the Blood and Wine expansion was also mentioned. Przybylowicz explained he will be joined by The Witcher 3 composer Mikolai Stroinski, and the composer of ‘This War is Mine’, Piotrek Musial. Interestingly enough, Przybylowicz also revealed that the music for the Blood and Wine will be written from scratch, and will be “completely new” due to the fact that the expansion will feature new characters, a new region, and a new plot.

Yes, Mikolai will be back in the new expansion, we also have a new composer on board - Piotrek Musial, who is behind music for games of 11 bit studios, including This War of Mine that received multiple awards. The three of us are working on the music for Blood and wine, and it will be completely new. We’re not using any pieces that were written before, because we get a completely new area, new characters, and a new plot. They deserve to have their music written from scratch.

Last month, senior Writer Jakub Szamalek talked about the upcoming expansion during an interview with Eurogamer Italty. According to Szamalek, Blood and Wine will feature a complex story and a memorable antagonist. Around the same time, Gamespot talked with CD Projekt Red’s marketing lead, Michal Platkow-Gilewski, who stated that the Blood and Wine DLC will definitely be more refined than the main game.

We’re excited for the upcoming Blood & Wine expansion for The Witcher 3, and will keep you updated when we learn more.

The Witcher III Blood & Wine To Release on May 30

The Witcher 3 Expansion Pass Is 40% Off On GOG; GOTY Edition As Well