During GDC we got to see some new gameplay during Nvidia's conference where they unveiled the new Nvidia Shield microconsole, and even more recent is the news that The Witcher 3: Wild Hunt will be bundled with Nvidia's GTX 900-series of GPU's. And now during PAX East we got to see some more amazingly looking gameplay. CD Projekt were also present at a panel during PAX East, where they talked a bit about the planned Free DLC and what they have been able to do with the game engine "with the power of current-gen and PC". 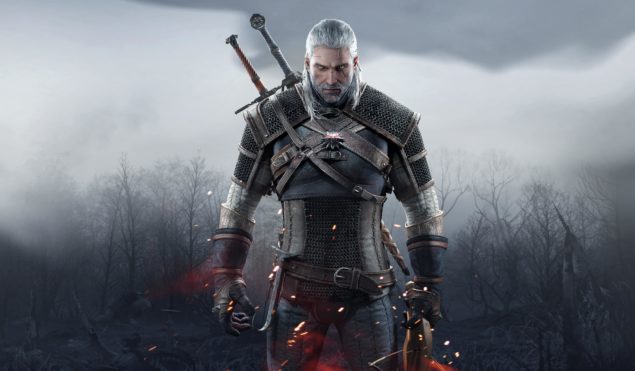 First up the senior Game Designer for The Witcher 3: Wild Hunt, Damien Monnier said that "The studio is Really fucking proud" over the fact that they are going to release sixteen completely free DLC, he added that none of the content is actually made yet, so there won't be any "on disk DLC" shenanigans. Which technically would not have mattered since the content would have been free anyway. During the panel the devs answered a few questions and over at Dualshockers they put together a small recap, which is listed below.

Monnier went on to talk about how it has been working with only current-gen in mind, and how it has allowed the studio to do things that would not have been possible before. There's even a ruined house in one place in the world (The Barrens) which you can completely destroy, and have rubble and debris fragments flying everywhere, "it's completely pointless" he said.

Monnier explained that at one point they wanted to do a full-fledged phsycial-based destruction system, and they implemented it but managed to go a bit overboard. This meant that it was to big of a performance hog, since NPC's and Monsters needed to navigate through all the debris and rubble, which meant much more AI code running, so they had to tone the system down a little bit. So that ruined house out in The Barrens is a leftover from that destruction system, they still have a destruction system not just as complex as the one they had working at one point.

As for the advanced AI, monsters can spawn in the world very far away from the players current location. If you for example kill a deer, that deer will produce a smell, the game-eninge then calculates if there are any monsters around, and if they would be drawn to the smell. If there are several different types of monsters around, they might not get along so well, and might end up fighting each other without the player even noticing. This also means that you will sometimes stumble upon monsters and as we have seen in past gamepaly, regular human enemies such as bandits and the likes, whom are already engaged in a fight.

"In a situation during testing, the player was riding on a horse, and got charged by bandits also on horses. He started fighting, but monsters suddenly charged from the forest, making the bandits’ horses panic. After that, the monsters slaughtered the bandits."

The Witcher 3: Wild Hunt has been in the news a lot lately, and it's really looking great so far. I kinda want to get my hands on it, right this instant, but I'll just have to wait, and try to not over-hype myself to death.