CD Projekt: ‘The Witcher 3 Ultra Will Be A Slap In The Face’ New GDC Gameplay

During last nights Nvida announcement of the new Nvidia Shield Microconsole and the new updated cloud based game streaming service The Nvidia Grid, which when used in conjunction will enable you to "stream games in 1080p and 60FPS". CD Projekt was there to show off The Witcher 3, which in fact will be available via the Nvidia Grid later on. What's interesting is that it was streamed via Nvidia Grid at 1080P and 60FPS, when as we have reported before it will only run at 30 FPS on regular consoles. Then again last night it was essentially running on a PC. 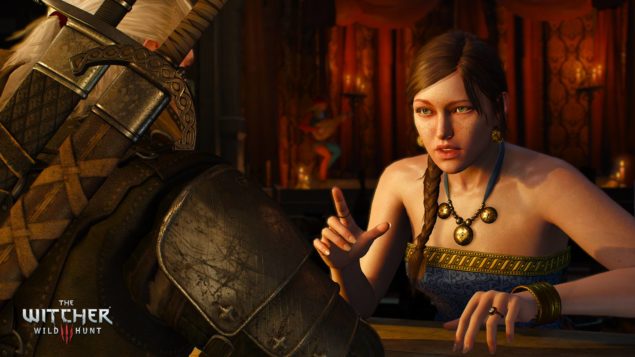 Above is a new screenshot that was posted over on The Witcher 3's Facebook page (as they have been doing the past few weeks) a few hours ago. Now then, The Ultra Settings has never been shown before, and apparently they won't be shown before the game is out, I guess that's one way of building even more hype. The reason for this is probably a mix of the fact that, the Ultra settings are not optimized as of yet, and CD Projekt trying to build some more Hype. Nontheless I'm Hyped, more so than I usually let myself be with games in this day and age. But I guess we can all hope that the delays on Witcher 3 will solve the issues they were facing.

The above video was captured off the Nvidia Twitch stream yesterday so the Quality is so-so, you know how it is, a video of a video tends to downgrade the quality of said video (VideoCeption?), and then add the fact that the game itself was being streamed through the Nvidia Grid service. It still manages to look great and it was supposed to be running at 1080P and 60FPS on the Nvidia Shield. CD Projekt's senior game Designer Damien Monnier who were the other Gentleman on stage at the time said that he wanted the Ultra settings to be a "slap to the face" when everyone finally got to try it out for themselves.

It’s not even on the highest settings, we’re saving this for when you buy the game – we want you to get a bit of a slap across the face, that’s when you see the highest.

It's not long now though, barring any more delays of the The Witcher 3, in a little bit over 2 months the game should be out. The Witcher 3 is slated for May 19 on PC, PlayStation 4 and Xbox One.