The Witcher 3 Leaked on Torrent Sites; CD Projekt RED is Kindly Asking Pirates for Their Support

The Witcher 3: Wild Hunt has been leaked on torrent sites and CD Projekt is letting PC pirates know that the day-1 patch for the game will be available for all as a separate download. The patch will not be restricted to the game's owners, as those who pirate the game will be able to update the game and have its latest version.

CD Projekt is kindly asking for their support, you can view the comment the developers left on a well-known torrent website below: 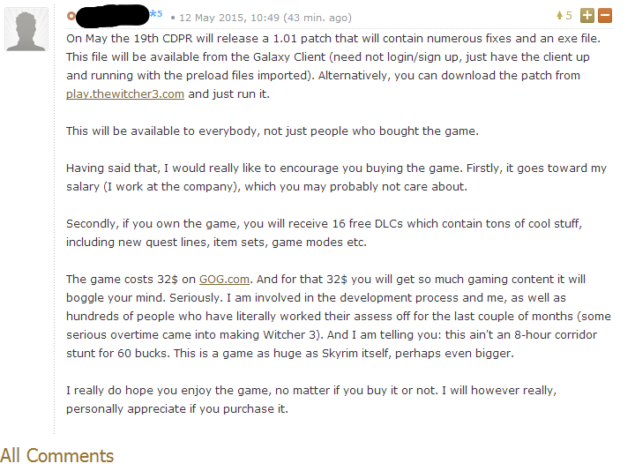