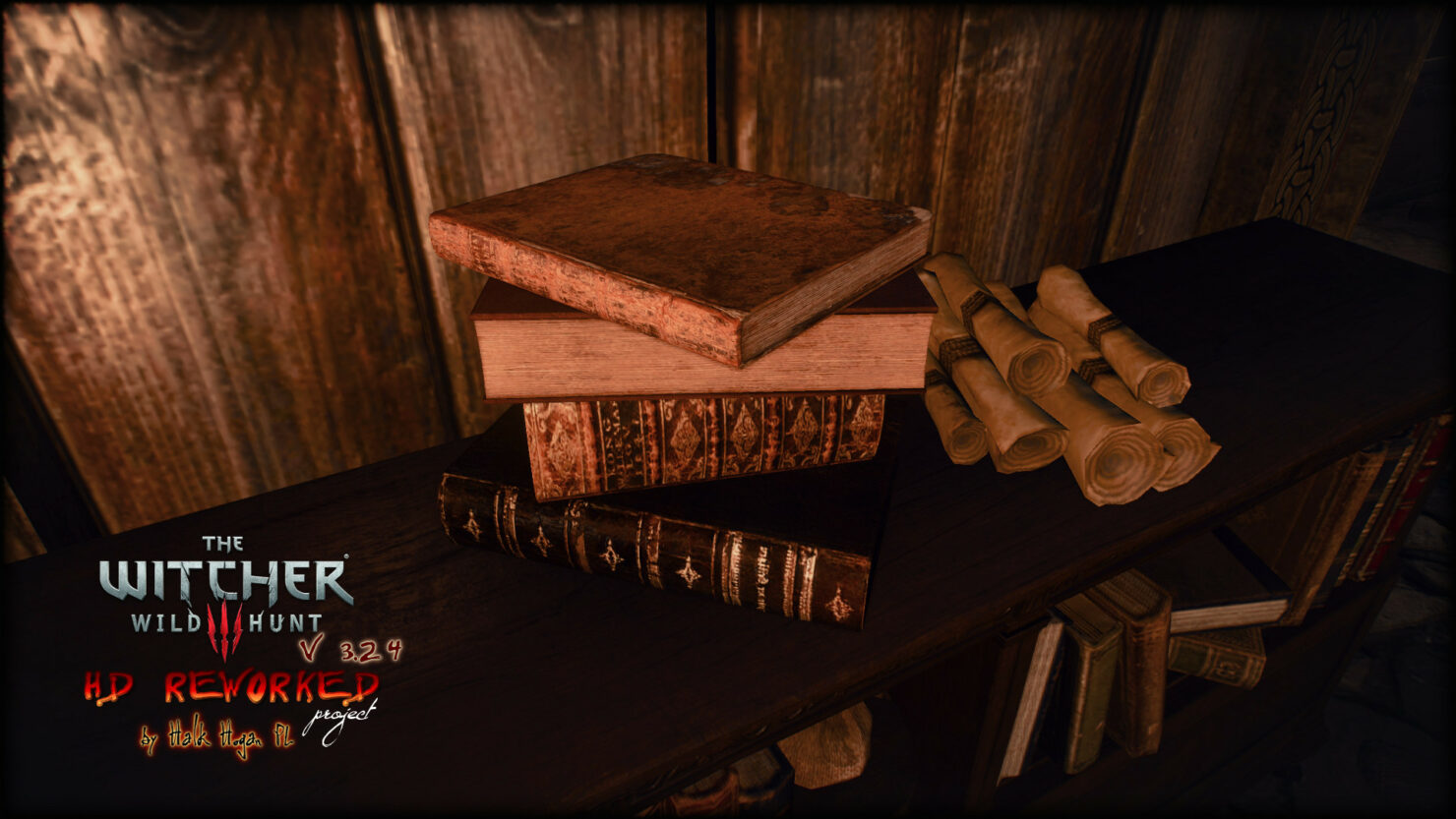 The Witcher 3 Wild Hunt manages to be a great looking game on all formats, but PC players have the edge on the matter, as they can make things look even better thanks to a variety of mods. Among these mods that improve the game's graphics is The Witcher 3 HD Reworked Project, which introduces some beautiful HD textures to the game. The mod hasn't been updated in a while, but creator HalkHoganPL has recently released a small update.

The new The Witcher 3 HD Reworked Project version 3.24 includes reworked textured for the round stool, the square stool and books stacks. This update is rather light compared to previous ones, but the developer has promised another update once the next patch hits the game soon if the mod stops working as intended. You can download the latest version of the HD Reworked Project by going here.

Version 3.24 is now available!
It doesn't change too much but something is. I planned to do a much larger update but unfortunately I have more important things and I could not finish a couple of mod things. Sorry but this is the last update to the beginning of July. However, if will need a patch for Blood and Wine - will be the appropriate update.

The Witcher 3 is going to receive a new update very soon, adding support for the Blood and Wine expansion launching next week and more. Among the features that have been confirmed for the update are a new interface and a new enemy scaling option, which will allow players to have a more challenging experience in case their current level is way higher than the required one for any specific quest. Considering how easily this happens, this new option is a welcome addition indeed.

The Witcher 3 is now available in all regions on PC, PlayStation 4 and Xbox One. The Blood and Wine expansion will be released next week, on May 31st, in all regions and on all formats.