The Witcher 3 Game Designer On DX12, PS4 vs. PC, and Xbox One Performance

The Witcher 3: Wild Hunt is definitely getting some huge coverage, it's the second article we have for the title, but given the enthusiastic attention it's receiving from fans, and the eagerness CD Project RED shows to answer their questions, it comes to no surprise. 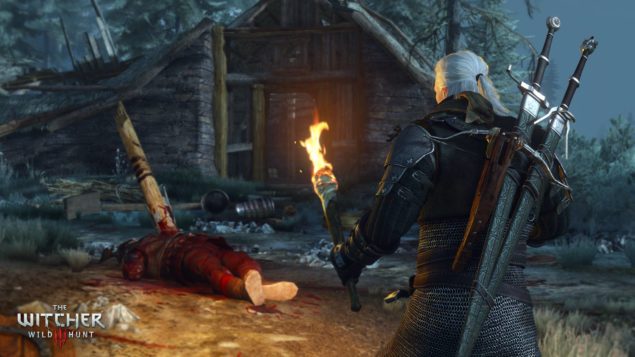 CD Projekt have mentioned repeatedly that their dedication to their fans is of great importance, and they prove time and time again that they strive to satisfy the community.

“The reason we are giving away 16 pieces of DLC for free is because we think it’s fair. We want to say thank you to the people who just shelled out $60 for the game. We want them to keep playing, to keep having fun.”

As we have mentioned in our previous coverage, Damien Monnier, Senior Game Designer on The Witcher 3, has been addressing some fan questions via twitter.

After a couple of fans mentioned some concern regarding the Xbox One version of The Witcher 3, Monnier went on to explain:

@xXxNOYHIxXx just fine I was playing yesterday on it for about an hour - all good. 🙂

Regarding how the PC and PS4 versions compare, Monnier stated that the PS4 should be comparable to PC High settings.

@MadYarpen mmm high i would say. Hard to say without side by side but Ive been known to confuse pc and ps4 in the past.

Monnier also explained why DX12 is no implemented in The Witcher 3: Wild Hunt.

@ErchachoESP no because few people would actually use it. It's better for us to focus on more important things right now then patch dx12

When a fan asked whether there will be remakes of Witcher 1&2 for the PS4, Monnier stated that for now they are fully committed to providing their fans with the best experience for The Witcher 3.

@Salvy35z no plans for that right now. Personally I'd love to but we must finish witcher 3 before even thinking of porting w1 and w2.

The Witcher 3: Wild Hunt, will release for the PlayStation 4, Xbox One and PC on May 19 2015. We will bring any new information on the game as soon as it becomes available. Be sure to check out our previous coverage for a lot more information o the game, here and here.