The Witcher 3: What Dangers Does it Hold?

The Witcher 3: Wild Hunt is one of the most hotly-anticipated titles of the year. The amount of detail that developer CD Project RED has put into its breathtakingly beautiful world is extraordinary. The inspired locales vary from forests and mountains to perilous monster infested waters. 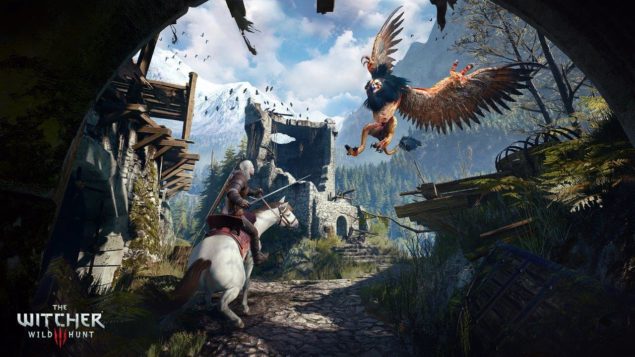 Each different region has its own special species of monsters in The Witcher 3: Wild Hunt

Jonas Mattsson confirmed in an interview to the Examiner that the in-game creatures will have homes that make logical sense, even though The Witcher 3 is set in a fantastical world. "Some of them are in thin air, some are in caves, some are in the fog, some are in swamps.

"As an artist, I’m pleased we have all these mountains with views, then when you go down to the valley there are streams with bears trying to catch fish. When you go into the forest, there are wolves attacking, so most of the time, you will get a different type of monster no matter where you go."

"You have to be careful with the weather because when it is stormy you really do not want to go out onto open water. It will be difficult to navigate and so on. There are harpies that try to attack you and shred your sails," Mattsson said.

The Witcher 3, is shaping up to be one of 2015's must have titles and based on the hands on showing it had, it delivered on all three platforms. The most visually striking of the three, was understandably the PC version, which featured a sharper image quality and some more detailed textures. The PlayStation 4 version came in a close second, with slightly lower image quality and the Xbox One version with relatively even lower. No matter your platform though, The Witcher 3 will provide incredibly detailed worlds, with genre leading visual quality and countless hours of RPG goodness.

I have really enjoyed the previous titles in The Witcher saga and I am looking forward to The Witcher 3: Wild Hunt and I'm certain that it will not disappoint. You can rest assured that if any more information comes to light before its release, we will make sure, that we bring it to you. CD Projekt RED is preparing to release The Witcher 3 on May 19 and it will be available on PS4, Xbox One and PC. Hope that everything goes smoothly and we finally get to experience Geralt's latest adventure and spend hours upon hours exploring its vast and inspired fantasy world.

An uncompressed version of the video above can be streamed or downloaded at Gamesryde.