Perhaps the biggest project under Microsoft these days is that of Windows 8 which is still under development and has held the world restless. Expected to be officially released in summer 2012, many are anxious to know what’s coming in the new version of Windows OS. There are many questions concerning people these days. How will it look? Will it be fast? Will it be user friendly? Well no one knows the complete answers yet but we try to answer bits of them. Today the screenshots of Windows 8 startup screen were leaked along with an alluring feature added to the startup screen in the upcoming Windows 8. 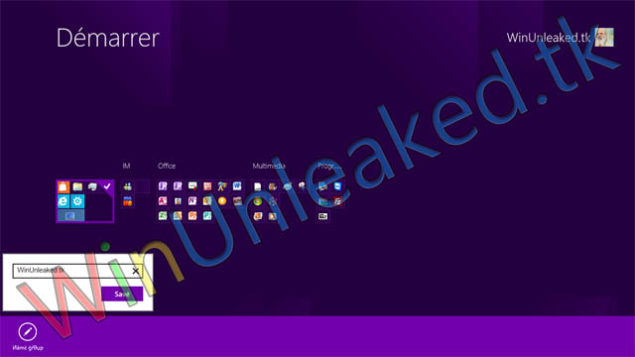 The screenshot shows the Windows 8 startup screen. The typical Windows 8 metro style can be observed clearly in the startup screen. Furthermore, the ‘summary view’ can be seen with a purple background. The summary view allows users to group applications and tiles into various categories and see them arranged and organized at the startup screen.  Microsoft demonstrated this feature in its BUILD developer conference in September but these features were not made available in the beta previews.

It’s not finished yet. We won’t be seeing a typical welcome screen from now on with the wallpaper in background. Microsoft has added the startup screen customization tool that allows you to select different colors or themes according to your choice in order to view things the way you want them to. 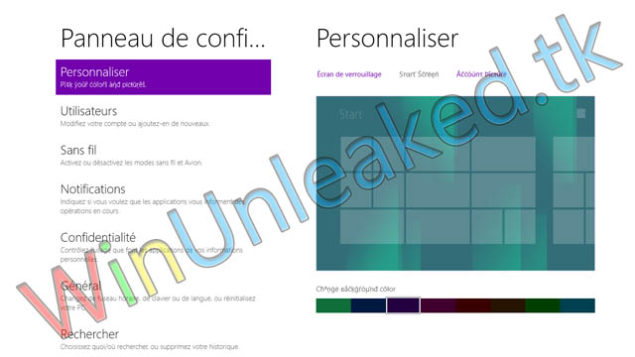 The color slider at the bottom allows you to choose from a variety of colors, the one that goes with your choice. However, the source claims that the customization option doesn’t allow you to change the background; it’s only a color tweak.

Microsoft showed off the improved task manager earlier. Maybe that’s not the end and Microsoft might add that feature as well later as things are not final yet in order to make their windows fully customizable. Stay tuned for further updates.