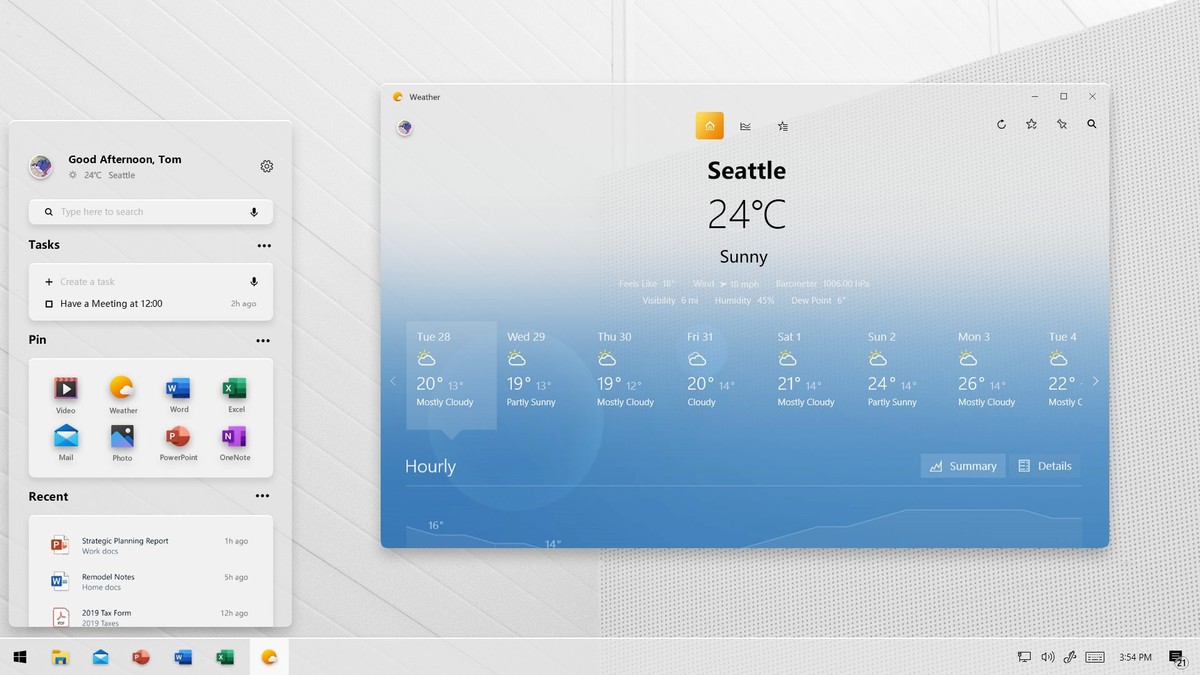 Windows 10X has everyone feeling excited about the world of operating systems again. Designed exclusively for dual-screen devices, Microsoft's upcoming OS is an expression of Windows 10 but is set to bring some major changes. While we await its release, concept is already live giving the "regular" Windows 10 a fancy cover of Windows 10X.

The Windows 10X concept takes some Acrylic effects, Fluent Design elements, and inspiration from Windows 10X to give a new look to Windows 10. It also brings a brilliant new Start Menu concept to the Windows 10, similar to the one being introduced with Windows 10X.

It also brings new splash screens for apps, including the Weather app. Task Bar and new icons are also there for good measure. You can view some shots here or head over to the Twitter account of the designer behind this concept who has a video up, as well.