Dell, HP, Acer, and Lenovo Windows 10 PCs will be Available for Sale on July 29 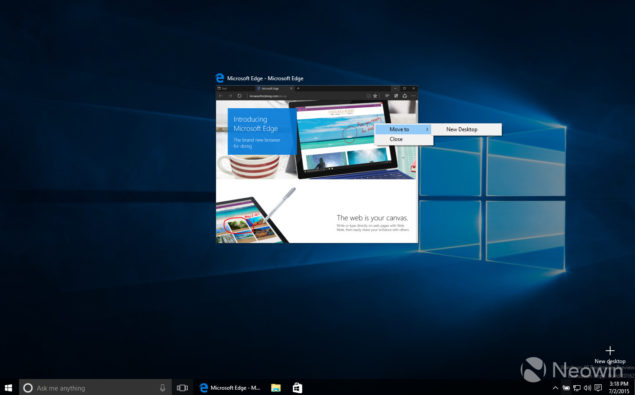 It was claimed that because of limited time between ready to manufacturing build and General Availability (GA), manufacturers won't have enough time to test the OS before they could load it on the new devices. Bloomberg has negated all such reports and claims that consumers will indeed be able to buy "some" Windows 10 machines from the stores on the launch day. By some, the publication means that not all PC makers will be able to pre-load the OS on their machines for the launch day sales. Companies like Dell and HP will have devices ready with Windows 10 pre-installed on July 29.

"Dell Inc., Hewlett-Packard Co., Lenovo Group Ltd. and Acer Inc. will have machines with Windows 10 for sale in stores on the first day, Microsoft said in an e-mailed statement. The operating system, which most customers will get as a download for existing machines, isn’t totally complete yet and so the final version hasn’t been given to PC makers, the company said."

Microsoft is set to launch Windows as a service on July 29 which is being touted as the "last Windows ever." The OS will now see regular updates delivered to machines directly rather than releasing a new OS build every few years. As shared with our readers previously, not everyone will get the Windows 10 on July 29. The Windows 10 roll-out strategy shared by the company last month shows that Insiders will be receiving the OS before everyone else. However, if you buy the computers that are pre-loaded with Windows 10, you will be one of the first few to try out the OS too.

You will see computers running with Windows installed very soon after the 29th and then in the fall, a whole new class of machines for the holidays.