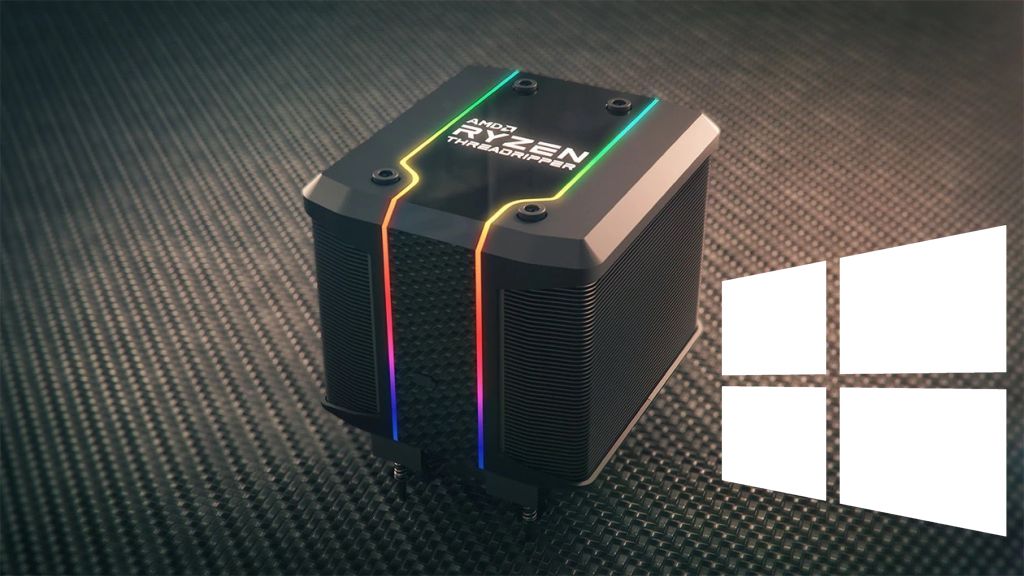 AMD recently released its mighty Threadripper 3990X, a 128-thread CPU with a single-core boost clock of 4.3 GHz. As we reported earlier, the AMD Ryzen Threadripper 3990X "makes full use of the 7nm Zen 2 architecture," featuring 64 cores and 128 threads. Our hardware peeps called the core and the thread count "astonishing" and "unlike anything that we have seen before on the HEDT platform."

But this never before seen wonder also means it needs some equally capable software to handle it. Apparently, Windows 10 Pro seems to be unable to deal with the chip's 128 cores. Windows 10 Home edition officially can't handle more than 64, but Pro should technically be able to handle the latest chip.

But, Windows 10 Pro ends up splitting 128 threads into two groups of 64 each, which means it impacts the performance, Anandtech noted in its review of the 3990X. While the issue can be somewhat resolved by disabling SMT (simultaneous multithreading), but that also means you have only one processor group, again losing some performance. If you want to have SMT enabled, you will have to opt for a more powerful OS.

Beyond the world of Windows 10 Home and Pro lie the more powerful operating systems: Windows 10 Pro for Workstations and Windows 10 for Enterprise. These are capable of handling up to 256 CPU cores. This shouldn't be such a big deal. Considering the AMD Threadripper 3990X costs like $3,990, those who can buy it wouldn't probably be deterred by a little extra cost of an operating system capable of getting the max performance out of 3990X.

Obviously, none of these issues affect Linux users. There are also reports that Microsoft may be able to "fix" this Windows 10 Pro limitation through an update. Until then, Windows 10 Pro for Workstations and Enterprise is your answer.