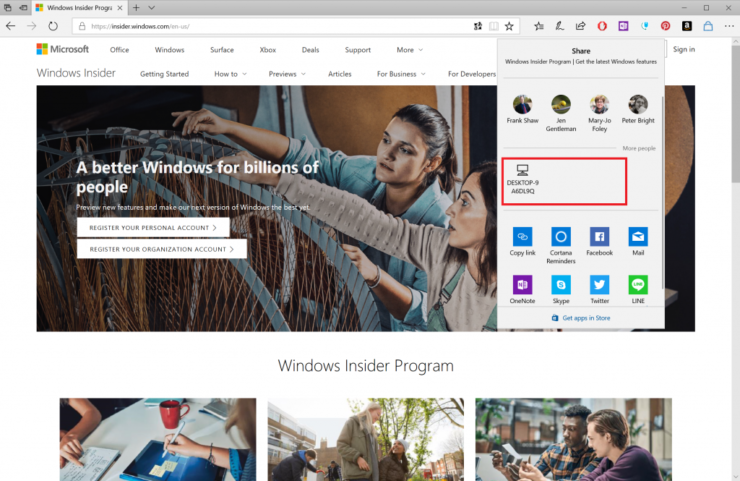 While the feature will be released to the public with the release of the next Windows 10 version in Spring 2018, Insiders can already test it - if they have more than one devices running on the Windows 10 Insider builds.

Can't wait to test this new feature? If you are an Insider on the Fast ring and actually have two devices on the Redstone 4 Preview Build 17035 or later, follow these steps (via MSPU):

To help Windows fans see how exactly it works, Microsoft’s Jen Gentleman has shared a video demonstrating the feature in action.

#demo Here's a look at how Near Share works - sharing a URL vs sharing a local image ? #WindowsInsiders #FastRing pic.twitter.com/JhbOPEvhy4

Microsoft is also reportedly borrowing another feature from macOS too - making search interface a little too much like Spotlight. While that's still a work in progress, Windows 10 Near Share appears to work like a charm. The feature is currently only limited to PCs, but will soon be extended to phones, as well.