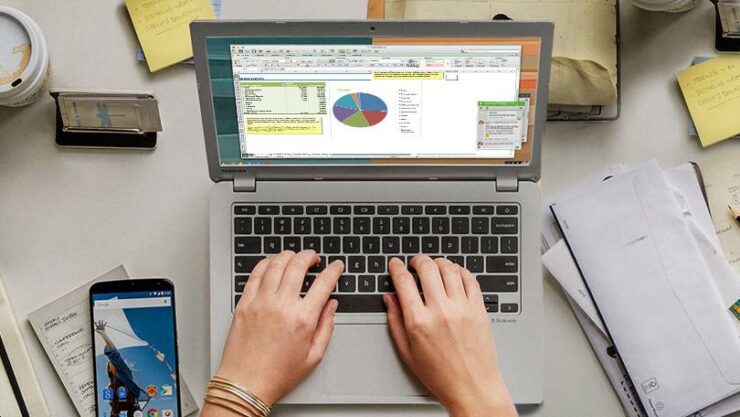 Google Chromebook users now have Microsoft Office tools at their fingertips courtesy of the Google Play Store. Considering the two tech giants offer similar productivity products, the introduction of Microsoft Office on the Play Store will be a welcome change for Chromebook users. Some of us just need to have that old-world Word charm to get going...

For the past year, the Microsoft Office apps kept showing up and disappearing for some random models, but the support for Office now appears to be official according a report from Chrome Unboxed. The apps are essentially the Android versions of Office, which means they will carry similar interface and features found on an Android tablet.

The Redmond software maker has been testing the suite for Chromebooks for the past several months now. While it was limited to the latest PixelBook and a few models until now, others can too now download the Office apps from the Google Play Store. So far, Office apps have appeared on the Samsung Chromebook Pro, the Pixelbook, and two models of the Acer Chromebook 15, among other products.

Smaller Chromebook models will get free access to these apps, however, devices that are larger than 10.1 inches will need an Office 365 subscription.

Users who buy Chromebooks typically are okay to use Google's productivity services. However, a well-known alternative would just add into user productivity. This might actually help Google sell more Chromebooks! Microsoft had itself introduced Windows 10 S in direct competition of Chrome OS, targeting schools. While the company has been promoting its own Windows 10 S operating system and the cheaper products that come along with it, it is apparently still focused more on its productivity services. In the past few months, the company has opened up to offering its software products to other platforms, including Android and iOS.

While Redmond would have loved to have its Windows Mobile work and Windows 10 S to be successful, it is clear that the company has realized it isn't that easy to compete against Google and Apple at the same time and is ready to expand its popular software services even more using the power of those platforms.