Microsoft is working on a new Windows 10 Mobile preview build 14267.1004 that could be rolling out to the Fast ring later this week. 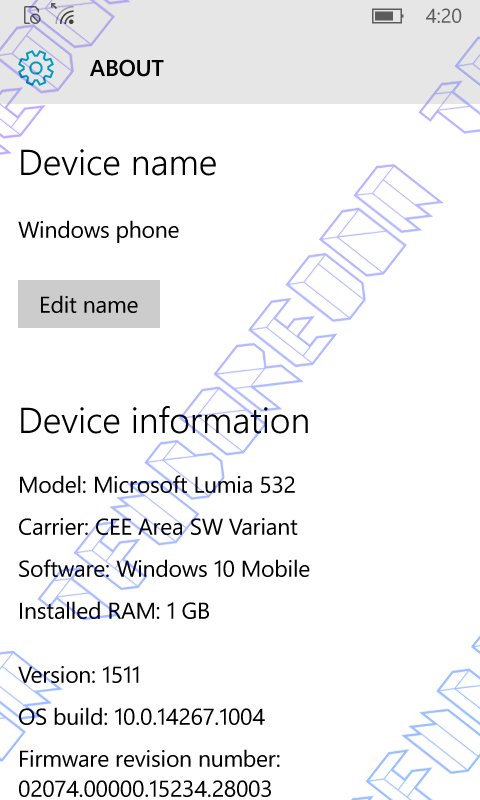 Microsoft released Windows 10 Mobile build 14267 last week, marking it the first update coming from the Development Branch. According to a leaked screenshot, Microsoft is already working on a new update which may be released as soon as this week. As we have already seen an accelerated frequency of preview builds, it doesn't seem unlikely of Windows 10 Mobile 14267.1004 to be coming to the Fast ring members very soon.

There is no information about what to expect in this upcoming Windows 10 Mobile Redstone preview build, except for @tfwboredom tweeting "Thicker font, slightly different scaling + fancy gradient". But, looking at the new improvements that came with the last preview build, it is expected that the next build will also bring in some new features and enhancements. Redstone marks the next development stage for the latest operating system as it starts focusing on improving the features rather than fixing bugs. As Windows 10 PC expects to receive final Windows 10 Redstone update this summer, Windows Phone is still awaiting the release of Windows 10 Mobile.

However, as Microsoft is working to synchronize both the desktop and mobile operating systems, the Redstone updates may very be rolled out at the same time, once they are ready for the public later this year. Following are some of the changes and improvements that were released in Windows 10 Mobile 14267 preview build: