Microsoft has released Windows 10 Insider Preview Build 20231 for Insiders in the Dev Channel who are currently testing features and improvements scheduled for the public release in 2021. The Windows maker is done working on the next version of the operating system, the October 2020 Update, which is available for those in the Slow and the Release Preview Channels.

Based on feedback, we’re exploring adding a page to Windows setup (OOBE) to help better understand how you plan to use your device and aid in customizing your device given your intended usage. 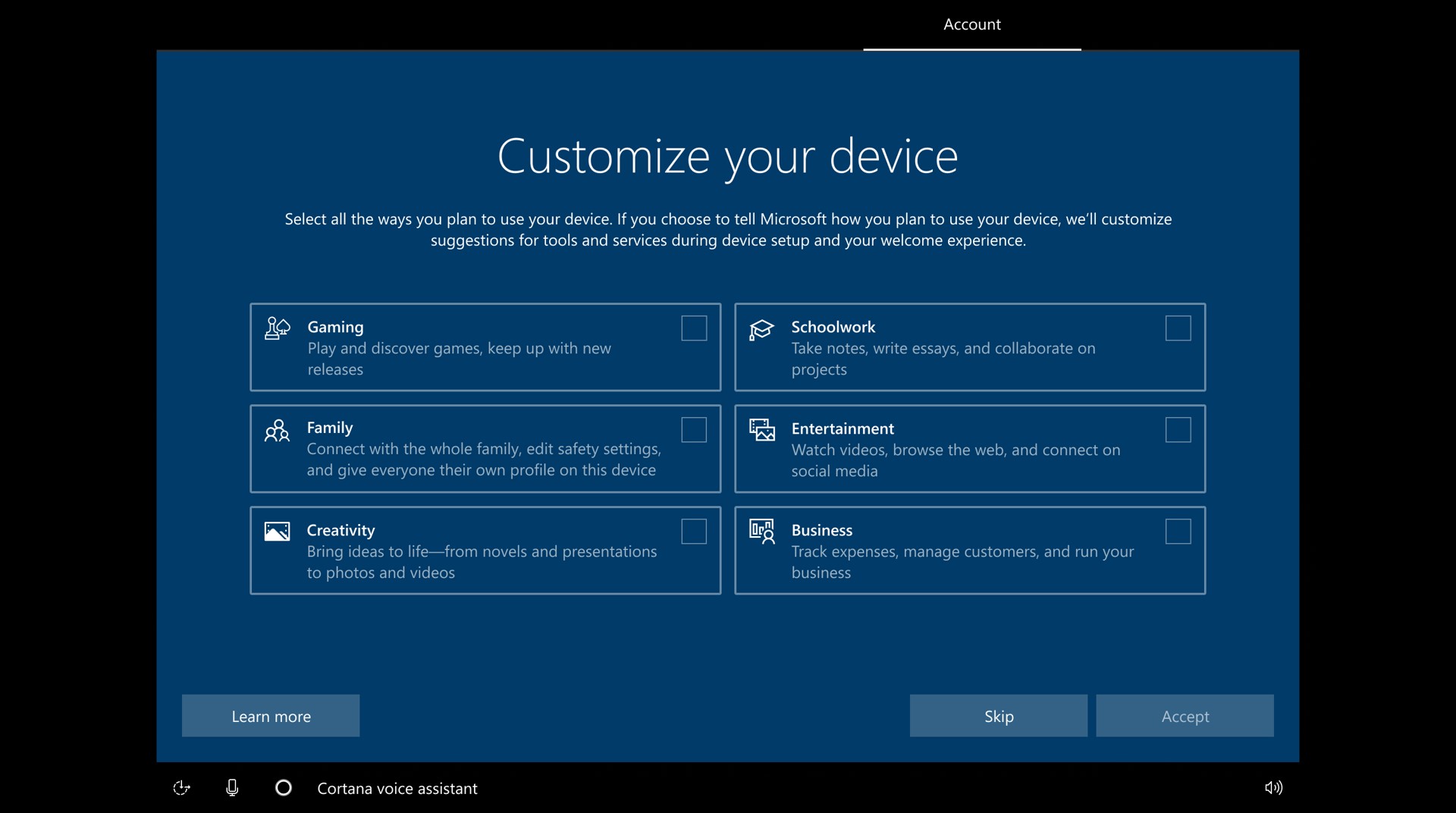 This is the initial wave of work for this feature, and Insiders may notice different options presented in OOBE depending on what they select, however at this time Insiders will not notice any other configuration differences after exiting OOBE. We look forward to sharing future improvements in this space.

This feature is rolling out to a subset of Insiders in the Dev Channel at first, to help us quickly identify issues that may impact performance and reliability. Rest assured they will be gradually rolled out to everyone in the Dev Channel. NOTE: You will see this feature if you choose to reset your PC and when you do a clean install of Windows. You can find the ISO for Build 20231 here on our download page later today.

Please note: If your device does not have this feature enabled, the policy will fall back to the default logic and will not respect the “Version” and “Suggested” fields of the policy.

- How to get the upcoming October 2020 Update before everyone else