Time for a new flight, #WindowsInsiders! Build 20185 is now available in the Dev Channel. Details in the blog: https://t.co/ApySTYBvK3 #AreYouFlightingYet pic.twitter.com/7bU4lcVEMJ

More details about Windows 10 Build 20185 in the changelog:

We’re making a few changes to the Network section in Settings:

You can add any IP address listed here to unlock the DoH dropdown and choose to use encryption. Once encryption is enabled, you can confirm it’s working by looking at the applied DNS servers in the network properties and see them labeled as “(Encrypted)” servers. If you want to try a custom DoH server we don’t recognize yet, you can configure an IP address to be recognized as a DoH server by using the netsh command documented here at the end of the blog post. 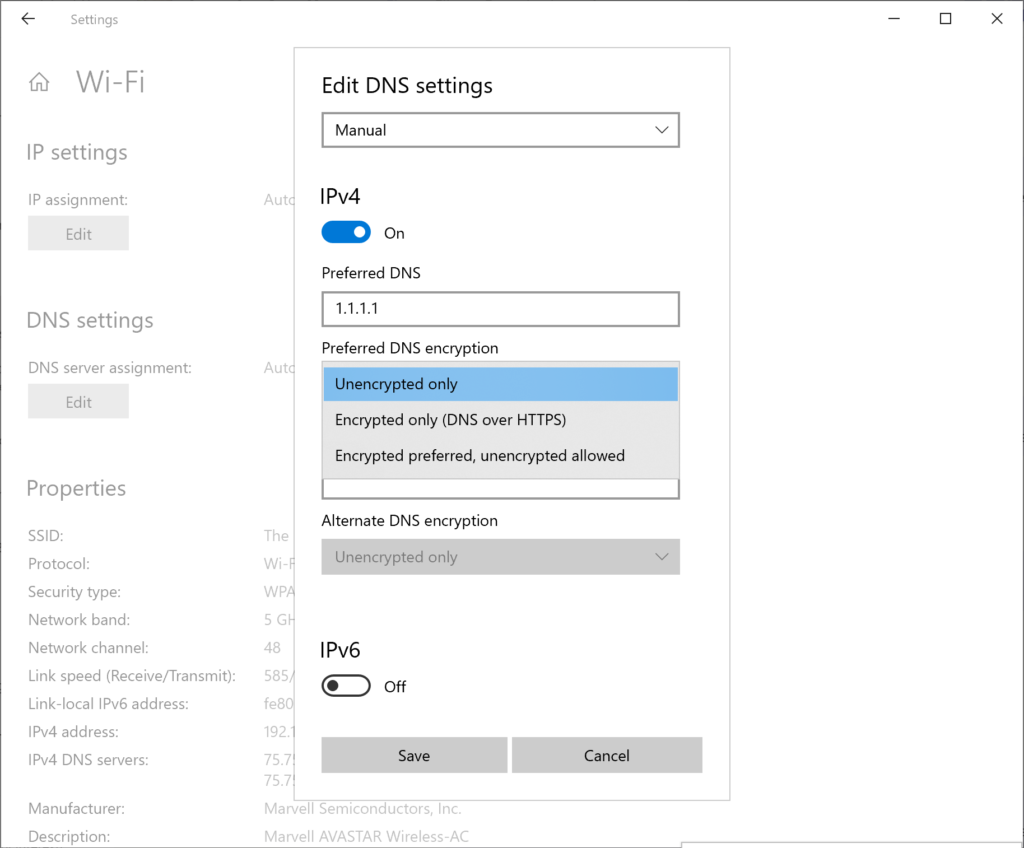 As always, appreciate your feedback!

Starting with Windows 10 Insider Preview Build 20175, we have enabled 647 new MDM policies across 56 ADMX files to enable commercial customers to configure policies that are also supported through Group Policies. Contains ADMX based Policies such as App Compat, Event Forwarding, Servicing and Task Scheduler. These new policies can be configured using Intune custom profile. Intune UX is planned to be available later this year.

The Your Phone app continues to evolve. We are happy to announce another exciting feature, a seamless continuation of our vision and promise to help you be more productive and keep you in your flow. Tap into the power of Your Phone app with Link to Windows integration on select Samsung devices to instantly access your phone’s mobile apps directly from your Windows 10 PC. There’s no need to install, sign-in or set up your apps on your PC, saving you time and hassle. You can conveniently pin your favorite mobile apps to your Taskbar or Start menu on your PC for quick and easy access. When you launch an app, it opens in a separate window outside of the Your Phone app enabling you to multitask. So, whether you need to quickly reply to a conversation, respond to your social posts, or order food, you can do it fast using your PC’s large screen, keyboard, mouse, pen and touch screen alongside your other PC apps!

And we are not stopping here. Later in the year, Samsung Galaxy Note20 users will experience the power and convenience of running multiple apps side by side and we will continue to work with Samsung to bring this feature to additional devices. Apps will launch in separate windows enabling you to interact with multiple apps at the same time. So, whether you are working on a document, keeping up on your social media feed or simply staying connected with family and friends, everything is accessible in one place, so your flow is never broken.

Starting today, Android phones supporting Your Phone app’s Phone screen feature will be able to preview the Apps feature. See list of supported devices here. The ability to run multiple apps simultaneously is currently not available and will be introduced later this year. Give this feature a try and provide us with your valuable feedback as we continue to test, learn, and improve the overall experience. You can provide feedback within the Your Phone app under Settings -> Send Feedback. 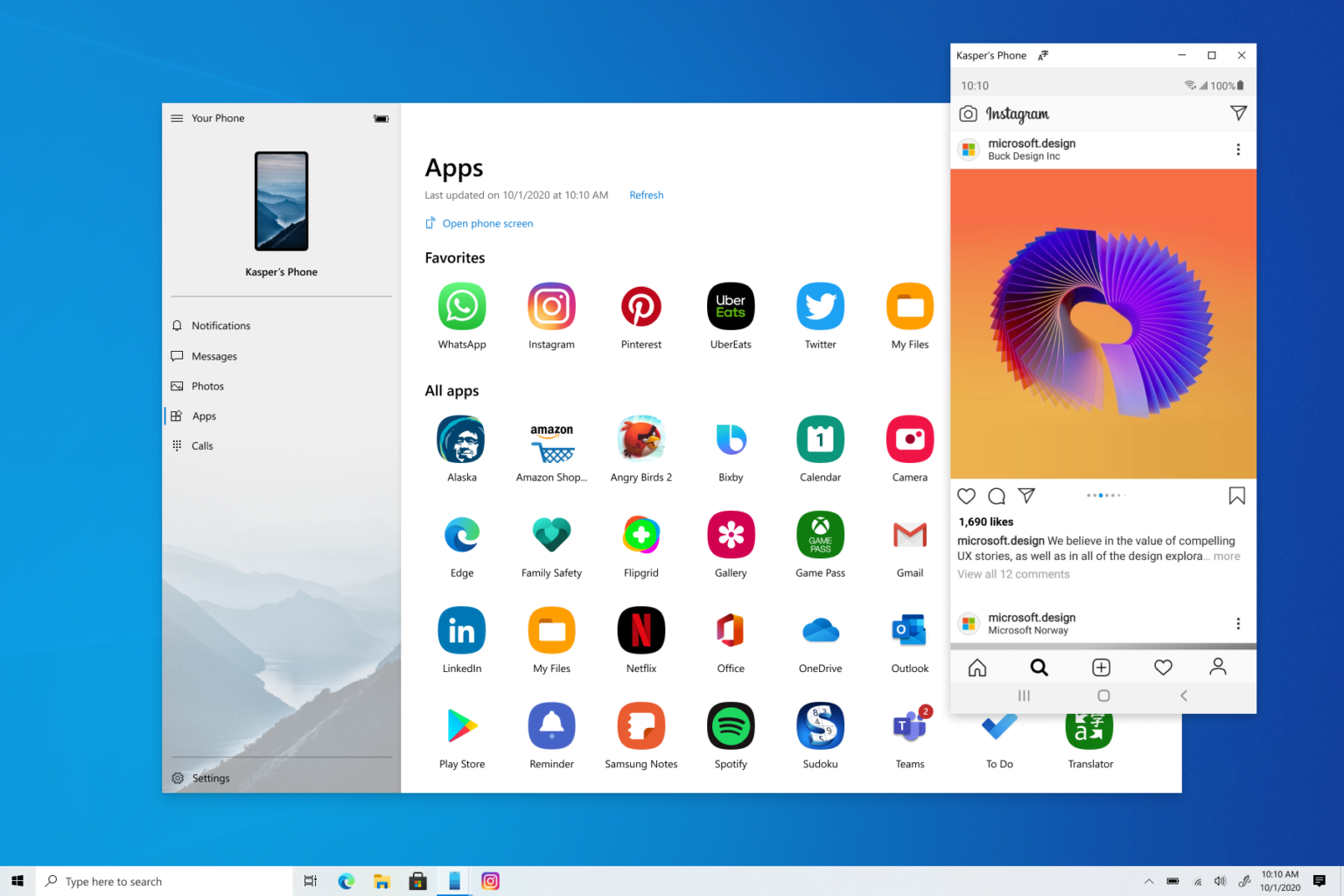 The Windows SDK is now flighting continuously with the Dev Channel. Whenever a new OS build is flighted to the Dev Channel, the corresponding SDK will also be flighted. You can always install the latest Insider SDK from aka.ms/InsiderSDK. SDK flights will be archived in Flight Hub along with OS flights.

- Relevant: Microsoft to potentially move to just one feature update a year