To update or not to update...

Update (8pm): Issue has been resolved

Microsoft can't seem to catch a break! The company is facing yet another issue affecting Windows 10 while it continues to scramble to address the ones that have pushed the company to pause the rollout of the October 2018 Update. The latest bug (error code: 0xC004C003) is apparently downgrading Windows 10 Pro licences to Windows 10 Home.

"All of a sudden after years of having this key which was from windows 8 pro then migrated to windows 10 for free, I got a notification saying my key is Windows 10 home version and that I need to install it," one user posted on Reddit. 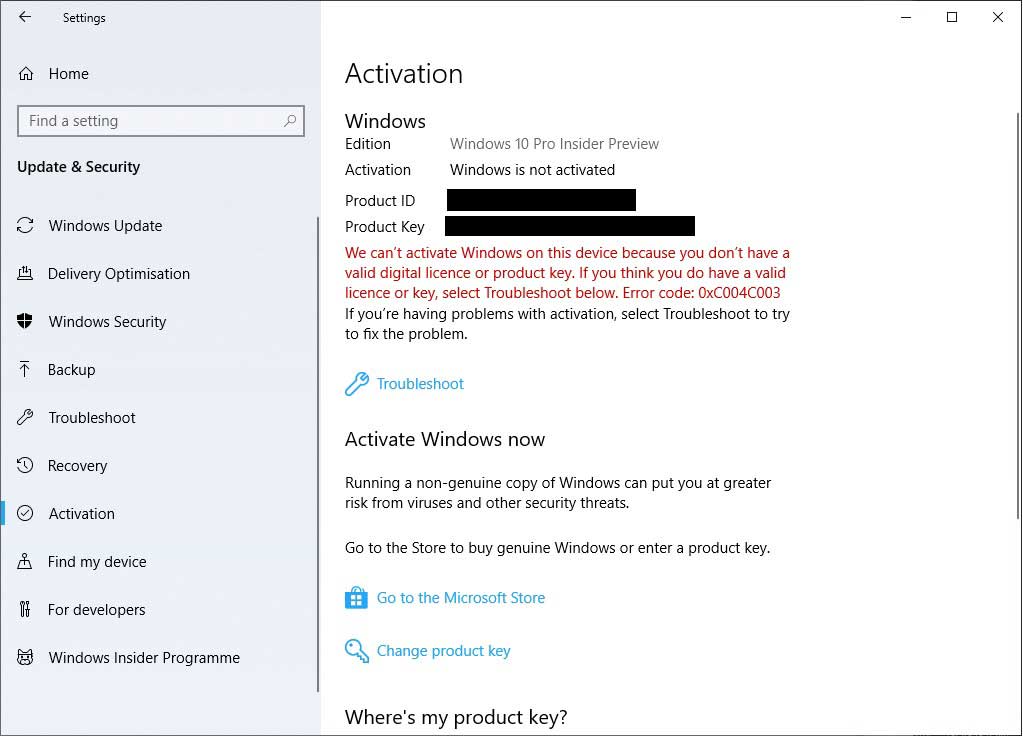 "Also got this de-activation of Pro tonight. I've always run Pro since the early insider days, this digital license copy of Pro (non-insider) has been activated for ages. Tonight, poof.

"I am having the same problem. It’s even gone as far as my digital entitlement is gone from my Microsoft account and I have a Windows 10 home key now. Windows is deactivated because I went from Windows 10 Pro to home and it doesn’t match anymore."

One thing that connects most of these users is the fact that almost all of them had upgraded to Windows 10 Pro using their Windows 7 or Windows 8 Professional keys. The Windows 10 Pro deactivation issue appears to be widespread, affecting users in several countries, including the US, UK, Korea and Japan. Even Insider community has reported the same issue.

After updating to Insider Build 18277 my Windows 10 digital license became invalid. I don't understand! I've always installed Insider builds and retail builds on this machine and never had an activation problems. No hardware changes, nothing has changed. I don't know what to do. pic.twitter.com/CtAowTLDTr

When affected users tried to troubleshoot, they received the following explanation (via WindowsUnited.de). 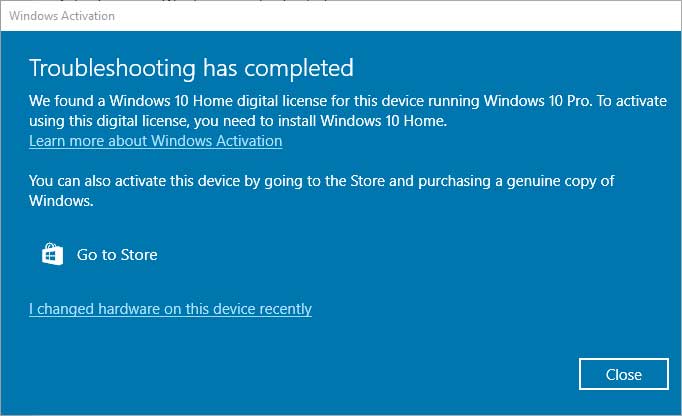 We have written to Microsoft for a confirmation and a possible fix of this problem but are yet to hear back. In a post on support forums, one user reported receiving the following response from the company (emphasis is ours).

"Microsoft has just released an Emerging issue announcement about current activation issue related to Pro edition recently. This happens in Japan, Korea, American and many other countries. I am very sorry to inform you that there is a temporary issue with Microsoft's activation server at the moment and some customers might experience this issue where Windows is displayed as not activated. Our engineers are working tirelessly to resolve this issue and it is expected to be corrected within one to two business days."

To say that Microsoft has had a rough few weeks would be an understatement. The October 2018 Update is yet to be released even though November is here; several data loss issues are yet to be resolved; we are also seeing some file association problems, and now the Windows 10 Pro license bug is here to make that pile of bugs even bigger.

[Update]: Microsoft says only a limited number of Windows 10 users are affected

In a statement to Wccftech, Jeff Jones, Senior Director at Microsoft, confirmed the activation issue and assured that the problem will be resolved soon.

[Update]: Issue will be resolved automatically in the next 24 hours

In an updated statement, Microsoft has informed us that the Windows 10 Pro activation issue has been resolved and that the watermark will also disappear when the fix is applied.

A limited number of customers experienced an activation issue that our engineers have now addressed. Affected customers will see resolution over the next 24 hours as the solution is applied automatically. In the meantime, they can continue to use Windows 10 Pro as usual.

Additional information: The watermark will disappear when the fix is applied.