Today's update brings some long-awaited features, including Phone Screen being offered to additional Android devices and a new feature of receiving Android notifications on your PC.

As promised, we have expanded phone screen support to additional phone models – OnePlus 6, OnePlus 6T, Samsung Galaxy S10e, S10, S10+, Note 8, Note 9. Try out phone screen and send us your feedback. We will continue to expand the list of supported devices over time.

Today, we are excited to provide a preview into the newest feature for the Your Phone app – Notifications.

Stop reaching for your phone to check your notifications. Boost your focus and productivity by seeing your phone’s notifications on your PC. You are in control and manage which apps you want to receive notifications from. Dismiss a notification on one device and it goes away on the other. 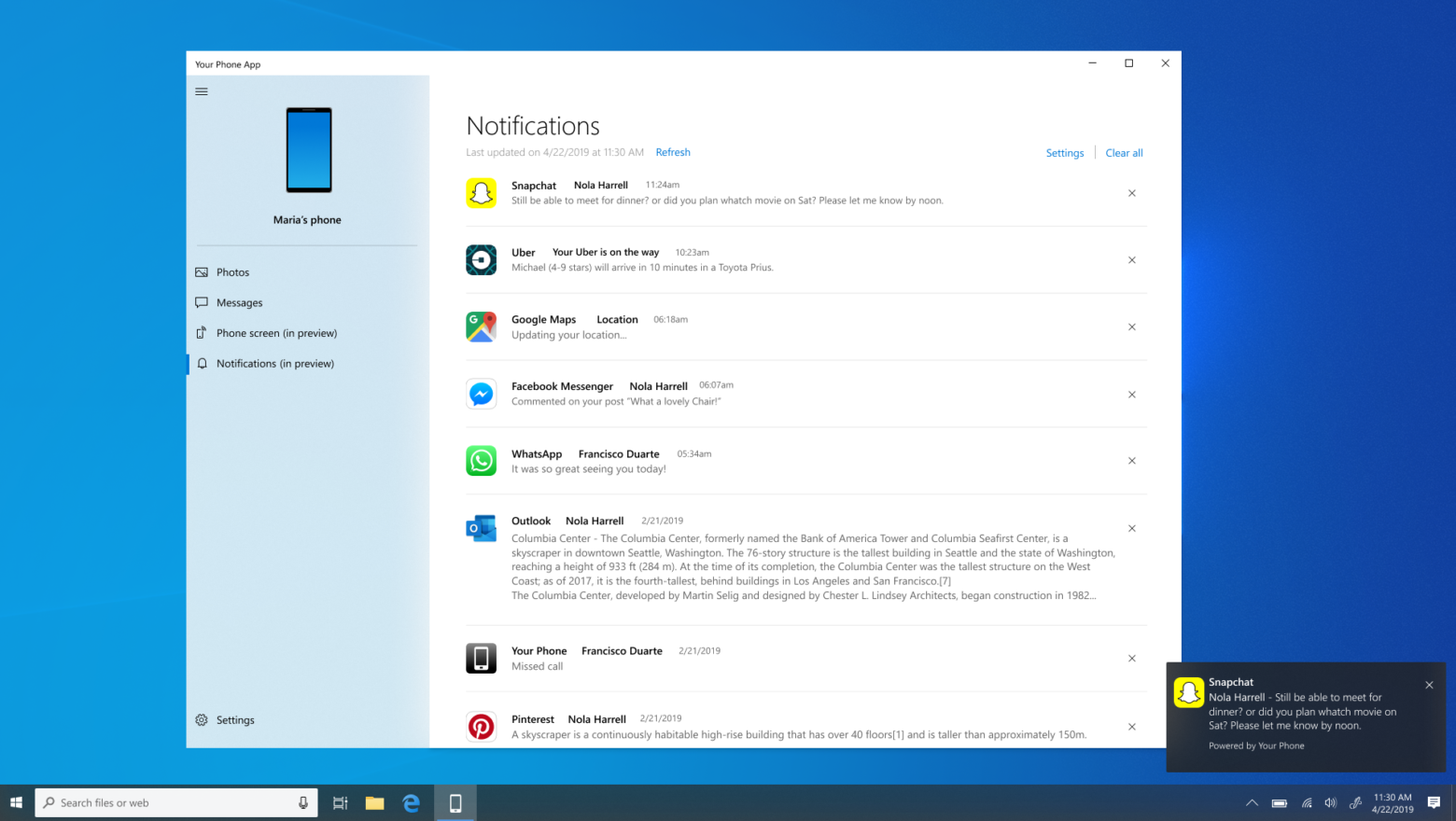 With this preview, you can:

This feature will gradually roll out to Insiders on 19H1 builds. It may take a few days for this feature to show up inside the Your Phone app.

You can use the Your Phone app on any Windows 10 PC running Windows builds 1803 (RS4) or newer and most Android phones running Android version 7.0 or newer.

We look forward to your feedback as we continue to test, learn, and improve the overall experience.

Ever had a word that you just can’t figure out how to spell? Or like to think out loud and wanna automatically jot it all down? In addition to English (United States), we now support dictation when using English (Canada), English (UK), English (Australia), English (India), French (France), French (Canada), German (Germany), Italian (Italy), Spanish (Spain), Spanish (Mexico), Portuguese (Brazil), and Chinese (Simplified, China)

How to try it? Set focus to a text field and press WIN+H! Or you can tap the little microphone button at the top of the touch keyboard. Say what you wanna say, then press WIN+H a second time or tap the mic button to stop the dictation, or let the dictation session time out on its own.

We’d love to hear your feedback – you can report issues or make feature requests under Input & Language > Speech Input in the Feedback Hub.

Based on your feedback, with Feedback Hub version 1.1903, Insiders with Windows set to a language other than English now have the option of browsing English feedback within the Feedback Hub, as well as submitting feedback in English on the New Feedback form. 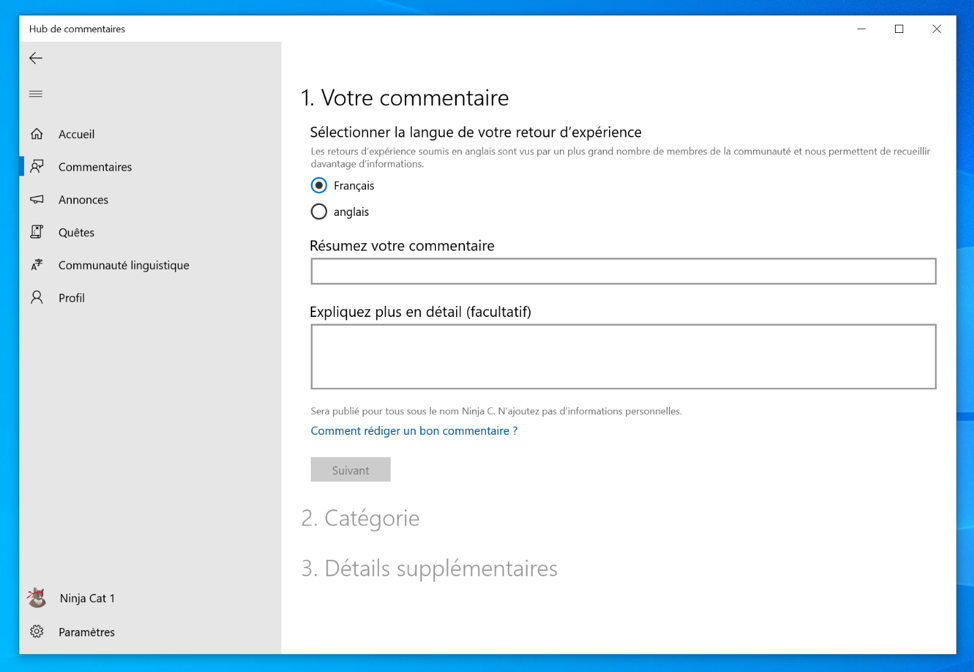 There’s a new command in Narrator to give a webpage summary! (Narrator + S). Currently this command will give information about hyperlinks, landmarks and headings.