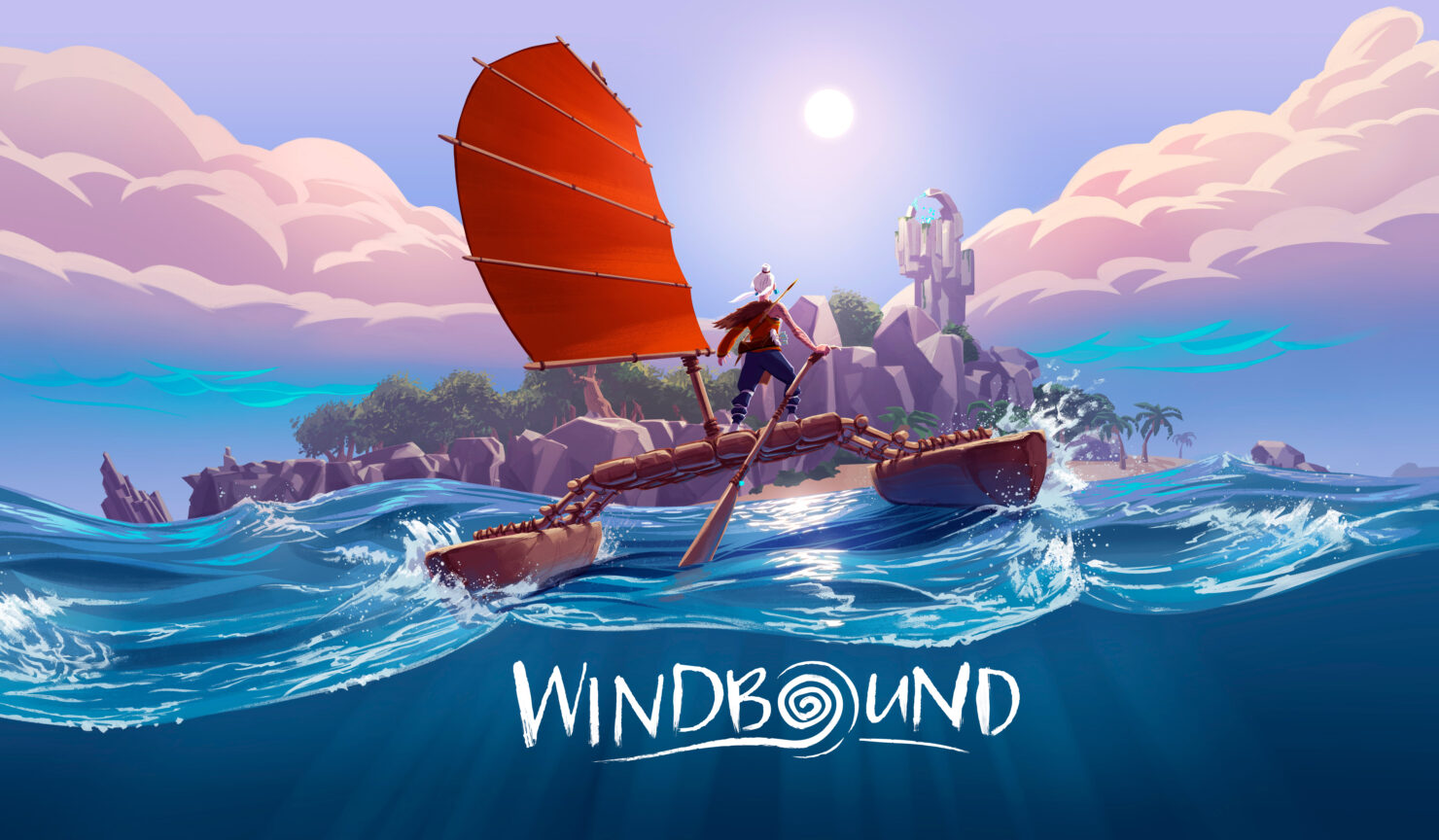 When I first heard about Windbound and looked at the sort of game it is, I couldn't help but think to myself "Just a minute, isn't this just raft?". There are certainly some similarities, particularly the fact that you'll be surviving on a boat that acts as your floating home base. You'll be sailing from island to island, gathering what supplies you need to enhance your base, your boat, as well as getting other things you'll find essential for your survival.

The developers at 5 Lives Studios came up with this by first having the survival aspect on an island and then looking at the ocean, the surrounding islands, wanting to head out there and see what that adventure could bring. So far, so raft. What makes Windbound different? 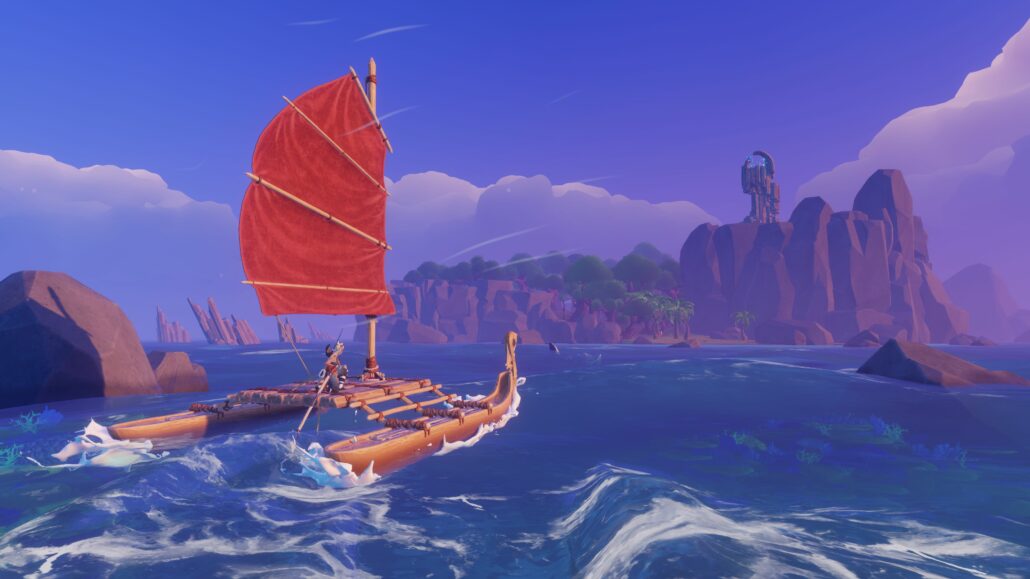 So, with Windbound you'll find yourself moving from area to area across a number of chapters. Each area will have its own challenges and way to progress through. For example, the very first area, which I was able to get hands-on with and complete, you'll find three different relics of the past, activating them so you can get to what seems like an ancient altar, taking you to that almost seems like a river between worlds. At first, I was thinking of the River Styx.

I don't know exactly how far off I am. From what I was shown in a presentation by the developers at 5 Lives Studios, there's a level of mystery and mysticism within the game, driving forward a narrative which also includes some huge mystical creatures. Also, a key feature is how Kara, the protagonist, is a driving and powerful force in the world as you uncover the history of these islands.

Now, while you'll find yourself hunting the animal inhabitants of the archipelago, it's said that during this journey you'll be forced to look at your own moral compass, your pre-judgements and your ignorance. Are you there as an antagonist, a hunter, of the local fauna, or can you actually help them? This is a mystery pushed forward by the developers and one that they hope you think about. Sadly, I can't say either way because I wasn't able to play the full game, but I am intrigued.

Still, while the game is procedurally generated, there seems to be a distinct method of progression as you go through the chapters. For example, in the first chapter/stage, you'll simply find a lot of very similar, simple islands. However, later on - I was also able to try out chapter four - you'll find completely different biomes that feature more difficult creatures and challenges. Of course, the higher the challenge, the bigger the reward.

I would be remiss, at this point, if I didn't point out that other challenging aspects come within the sailing itself. You'll have the sheer physical nature of the waves to compete with - though I don't know if you can capsize - they're certainly a challenge and the physics and speed difference between going up and down waves is notable. Other areas of risk, particularly as the water level dips following a wave, are shoals, rocks and the soon-to-be-mentioned aquatic animals. 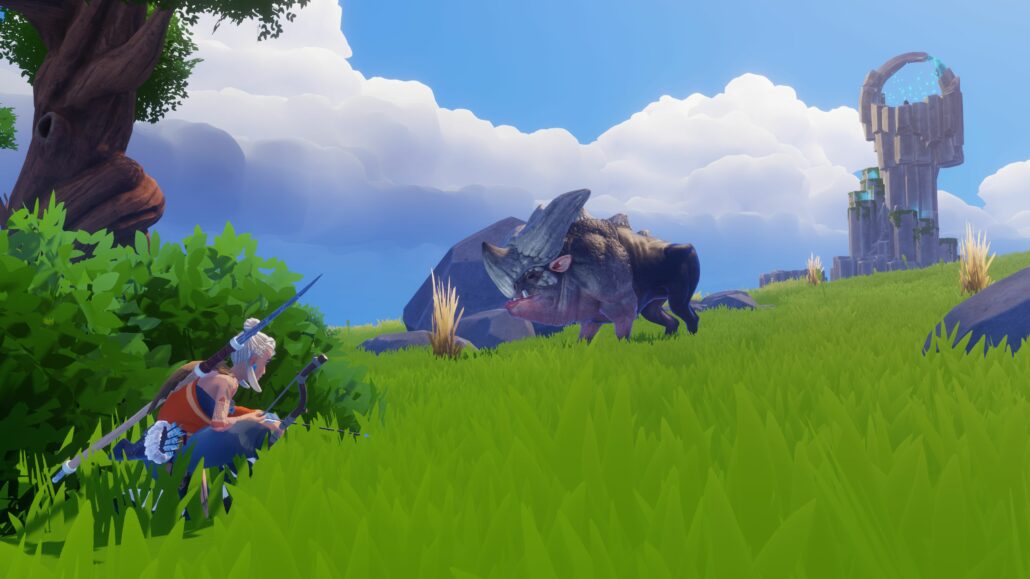 Some of the creatures you'll be coming up against are so varied in their appearance. From the familiar, literally Razorbacks, to the massive and fearsome, like a Gorehorn or the toxic Pondwomper. Of course, they're not all dangerous, you can go around hunting the utterly adorable bunny-eared dogs, that would be a Bleenk. Who knows how Noah managed to keep animals alive when so many of them have resources that are just ripe for the picking?

It doesn't matter what you come up against though, they're all lovely to look at in their own way. From the animals on land to the creatures in the ocean, even the vicious crabs that like to jump on you and your boat, nipping away and causing you a huge amount of frustration. Unfortunately, unlike their real-life counterparts easily removed by a clinic, these crabs will kill you. Other aquatic creatures can be equally vicious, including some really bitey fish.

In keeping with appearance, the game is just lovely to look at in general, creatures and all. The beautifully vivid colours and the cartoon-like design of the characters and creatures make a game that is a pleasure to look at. This is particularly true when you look at both the larger and smaller aspects, from the swell of the waves as you're sailing along, to the sweat drops - reminiscent of those you'd see in a cartoon or animé - coming from your characters head when completely out of stamina.

Adding onto this is the fact that the audio design is simply wonderful. While you're sailing along the tracks you listen to are beautifully melodic, featuring a masterful use of the piano, violin and whatever else while you're sailing the open seas. Come to land and you'll find the music changes from that stunning melody, each biome seemingly having its own theme. No matter where you are, the music is also situational. Get the ire of a creature and the drums beat, the battle music plays. Other situational aspects, such as storms, also has an impact on the music. 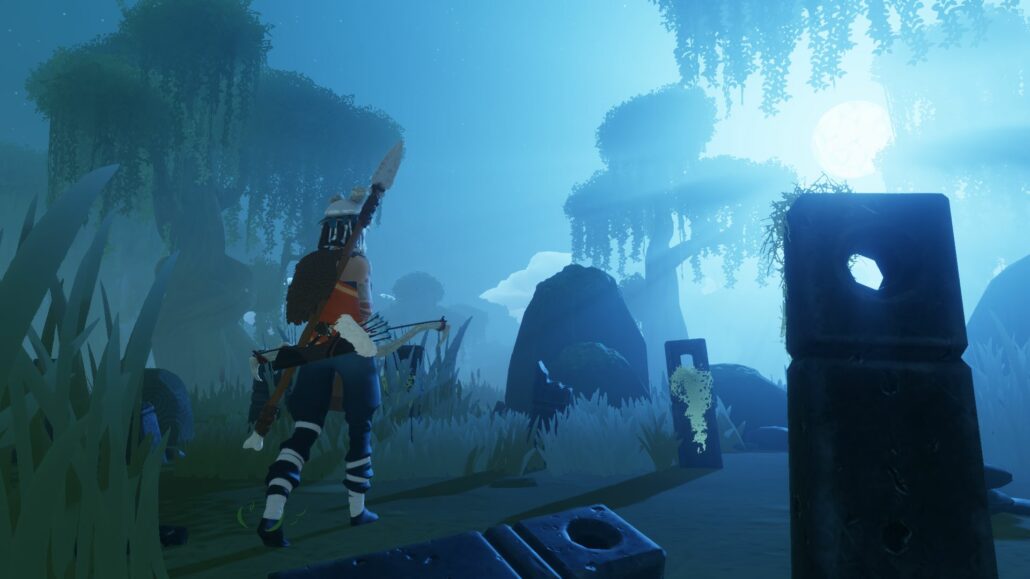 All I know is that I want the soundtrack. I've been listening to the music on the gameplay recording quite a bit, including now while writing this out. Combine this with the stunning visuals and even the almost rhythmic nature of the waves when riding the ocean and you get something that can be peaceful and contemplative, something I imagine the developers have gone for when considering how they want you to approach the story of Windbound.

Windbound will be released on the 28th of August for the PC (via Epic Games Store and Steam), Google Stadia, PlayStation 4 and the Xbox One. While I admit I'm getting tired of survival games that have no real aim, Windbound seemingly has that narrative, that direction, while mixing it up with procedurally generated elements. This combined with the quite beautiful nature of the game means I'm looking forward to it.