To say that the Nintendo Wii-U has been taking quite a beating since its release would be a massive understatement, the company has done every possible measure to help boost the sales of the console but all of their attempts ultimately end up in vain. To help add fuel to this inferno, there doesn't seem to be any optimism from EA regarding their next-gen titles such as Battlefield 4 making its way to the console. 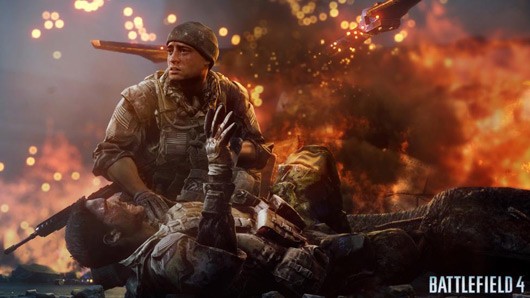 Wii U is now in some pretty deep waters

The Nintendo Wii U has been struggling to swim in the vast ocean of console and PC market but despite all the innovation that the home console brought with it, the system managed to crash and burn, Nintendo has taken various measures to help boost the sales of the system but none have proven effective, the latest news confirms that EA will NOT be bringing in their top tier games for the Wii U especially those that run on the latest Frostbite Engine.

The Frostbite Engine is a shockingly powerful engine that is making its star debut in Battlefield 4 but while the game has already been confirmed for the Next Xbox, PlayStation 4 and the PC there doesn't seem to be any love for the Wii U version since the console itself is incapable of running the engine as it is.

Johann Anderson, Technical Director on Frostbite at DICE, had tweeted some rather depressing news regarding the future of Nintendo and the Frostbite engine.

@mutedpenguin FB3 has never been running on WiiU. We did some tests with not too promising results with FB2 & chose not to go down that path

The Unreal Engine 4 was also under the same problem at GDC when Mark Rein talked about it, but advised developers to not go down the path since the game wouldn't look as good as it should if made for the Wii U using the Unreal Engine 4.

Now that the Wii U is incapable of running the Frostbite Engine, would it be just as likely that the new engine for Call of Duty: Ghosts might be too sophisticated for the system too?