It’s been tough recently for Nintendo fans. At the beginning of each year since the Wii U’s launch, the dedicated have all echoed the same thing: “This is the year. This is the year Nintendo has a fantastic line-up and the Wii U comes into its own.” Unfortunately, the dawn of 2016 seems to bring about a different story, with the Nintendo faithful instead worriedly whispering “Will the Wii U die with dignity?”

It’s easy to understand why. There is, in fact, an amazing range of titles available for Nintendo’s little console that could, but to say it’s a bit of a disappointment is an understatement. Titles like Yoshi’s Woolly World and Kirby and the Rainbow Curse offer great distractions, but these titles aren’t the blockbusters the Wii U needed, nor the essentials the fans wanted.

Having said that though, it’s not over yet. 2016 might be the year the Wii U dies, but it’ll die with the dignity and grace it so rightfully deserves.

First off – support for the Wii U games you already know and love isn’t over yet. It was only last month that the impossible became reality and Cloud Strife was released in Super Smash Bros., along with the announcement for Fire Emblem’s Corrin and the infamous Umbran Witch Bayonetta. Both are predicted to land on Wii U in February, finding a place in an otherwise pretty barren line-up for Q1.

Splatoon is still getting DLC support too, at least for the remainder of January! We can hope for some support past this, but unfortunately Nintendo isn’t offering any promises, leading me to believe that January will likely see the end of regular Splatoon DLC, with perhaps some sporadic weapons and maybe a stage releasing in the months following. 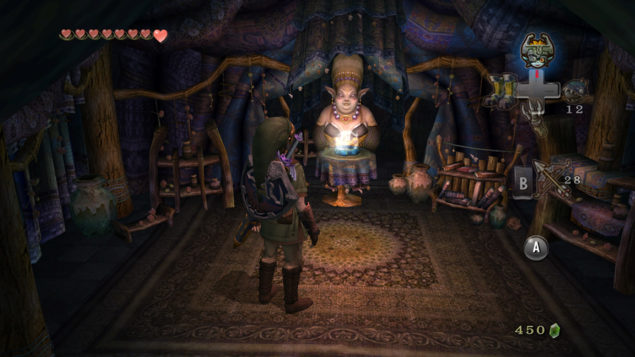 That’s not the end of the Wii U in 2016 though – by my reckoning there’s at least five brand new titles that are looking to be Wii U essentials, with the first of those being The Legend of Zelda: Twilight Princess HD, coming out in March. Twilight Princess has always been judged a bit harshly, with many claiming it to be the weakest in the series – those people have forgotten that, while Twilight Princess may be a low-point in the series for visual design, some of the dungeons are the best the series has ever had. It even has a Water Temple that won’t cause an aneurysm.

Yeah, I know, an HD remaster is hardly cause for celebration – so it’s a good thing we have Star Fox Zero coming just a few months later. Star Fox Zero is being made by action game veterans Platinum. The game has already received a bit of criticism for heavy use of the GamePad – which many gamers still believe to be entirely unnecessary – but the minor delay the game received from 2015 has hopefully sharpened the controls to a fine point. In Platinum We Trust.

Pokkén Tournament is another new contender this year. Already released as an arcade game in Japan, Pokkén is making its way onto the Wii U worldwide, and with Tekken veterans at the helm the game is setting up to be pretty great. Ever since I was a child, I just wanted to have a Pokémon battle like they do in the anime and this game might just deliver that promise. I personally can’t wait to rumble with Lucha Pikachu!

RPG fans are catered for too (finally!) with the game formerly known as Shin Megami Tensei x Fire Emblem, also known as Genei Ibun Roku #FE – or as I like to call it, Persona U #FE. It’s true, the game looks to have much more in common with the lighthearted Persona series as opposed to the darker Shin Megami Tensei, especially with its focus on teen idols, but with Atlus paving the way forward I’ve no doubt that the fundamentals of this title will still be hardcore RPG battles – with a few Fire Emblem influences in the form of summons and the series’ staple weapon triangle.

And then, after all of that, we get what we’ve all been waiting for. The game that will truly decide the Wii U’s fate – will it be the Nintendo’s most successful masterstroke, with The Legend of Zelda U creating a new precedent in open world design, or will the new Zelda be a bit of a flop? Only time will tell. All I can promise is that you’ll likely hear a very loud, painful scream coming from Middle England should it be delayed or moved to the NX…

And on that note… The NX is definitely on its way, or at least that’s what all the rumors are telling us. If what everyone’s saying is true, then we’ll have a full NX reveal in the first half of this year (perhaps at E3 2016) and a full retail release before Christmas. It almost seems a little too much, honestly – it would be a lot of work for Nintendo to get it out and have a half-decent game library at launch. Not to say it’s impossible, but it seems like a stretch. But what exactly will the NX be, anyway?

If patents and the way the industry is changing is any indicator, then the NX is likely to be a handheld and home console hybrid, with games that you can both take with you on the go and then continue playing by plugging your handheld into a dock at home, giving the system a performance boost, enhancing the graphics for your big HDTV. And of course, some games will be designed to play solely with the enhanced power of the two devices working together, and some solely with a handheld experience in mind.

It makes a lot of sense when you consider Nintendo’s continued success in the handheld market, and with their DeNA partnership (which we’ll also see for the first time this year) providing more visibility for the Nintendo IPs and brands this could be the year that Mario, Zelda, Pokémon and more reclaim the spotlight.

Or it might be a Wii 2 that does nothing differently. But I’d doubt it. There have also been leaks about patents detailing a cloud based system to increase performance - in that regard, the Nintendo NX could actually be an innovative platform.

This feels like a make-or-break year in the gaming industry for Nintendo, but one thing we can be certain of is that while other game companies will focus on VR and higher definitions, Nintendo will be doing something different entirely. And that’s reason enough to keep your eye on them.