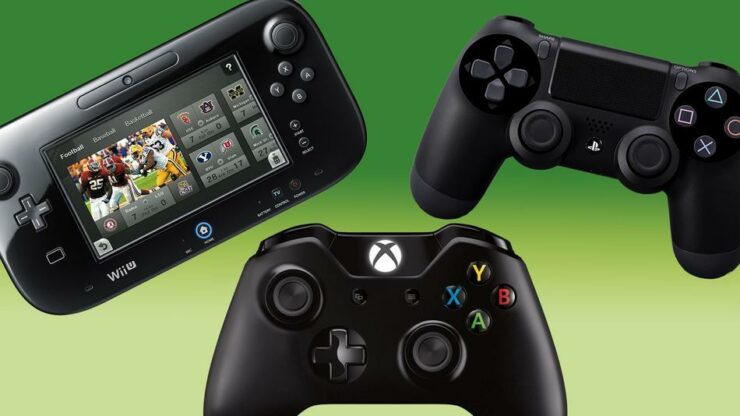 The latest report by IHS, a "leading source of information, insight and analytics in critical areas that shape today’s business landscape", paints a crystal-clear picture of the console market within the gaming industry.

Microsoft's Xbox One, on the other hand, had a 21.2 installed base in Q1 2016 and IHS estimates that it will reach 28.7 million by the end of this year, thus widening the gap with PlayStation 4. Nintendo's WiiU is even further behind in the race, though that's no news at this point; its 13.1 million installed base is only expected to grow by 2.8 million by the end of 2016. Then again, Nintendo is fully focused on the NX now as it prepares the 2017 launch of the new console. 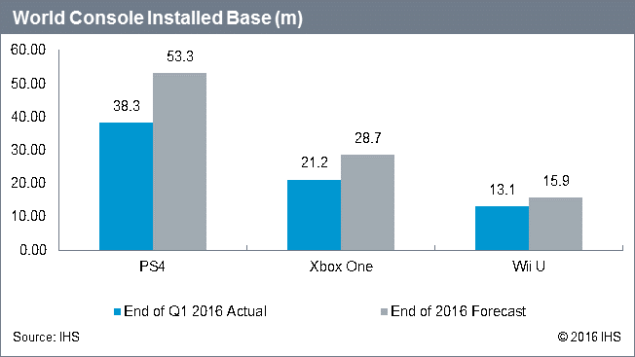 This is reflected in the following graph focused on console "content and services" spend for 2016. PlayStation 4 will get 59% of the pie, Xbox One about 35% and WiiU only 6%. 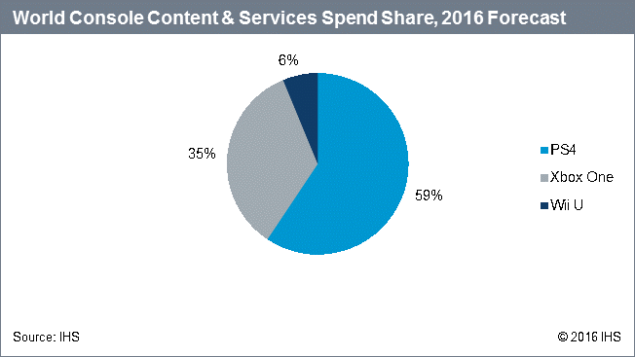 Of course, with the PlayStation 4 NEO now confirmed, Xbox One Scorpio heavily rumored and Nintendo NX due in 2017, this scenario might change drastically in the next year or so. We'll make sure to keep you up to date