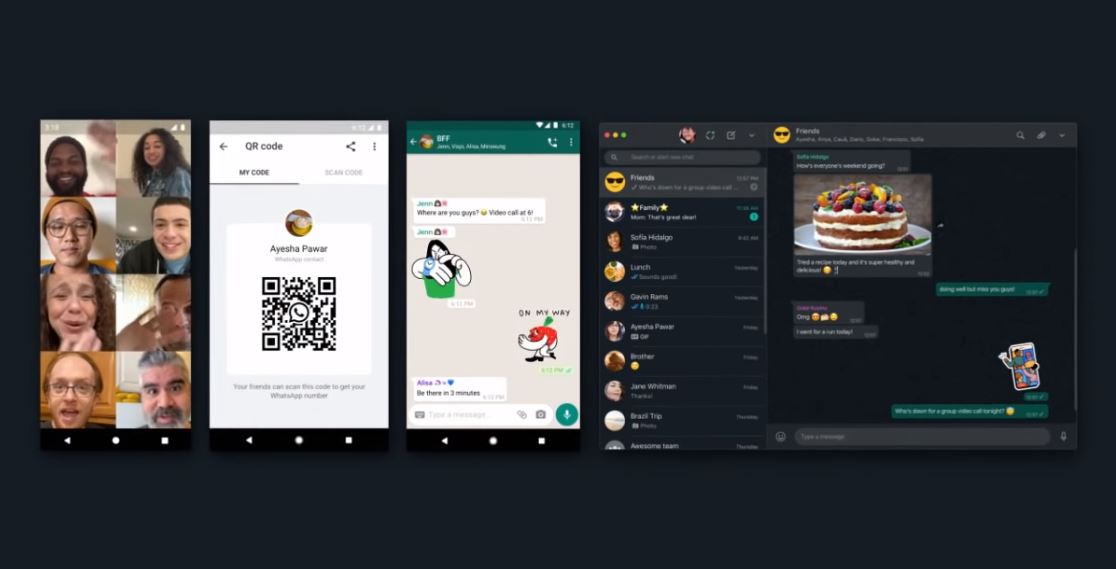 WhatsApp has announced a bunch of new features that will be rolled out to its official iOS and Android app in the coming weeks. One of the major additions includes animated stickers and QR codes to add contacts. The features are present in the latest WhatsApp beta and if you're enrolled in the program, you can check them out right now.

WhatsApp is Adding Animated Stickers, Contact-Adding QR Codes to its Mobile App in the Coming Weeks

Adding contacts by scanning QR codes is one of the easiest and interesting ways of doing so. This is due to the fact that sometimes you don't want to save the number of the person and scanning QR codes instead just makes more sense. Other than this, WhatsApp is also tinkering with group video calls, allowing you to maximize the video feed of a particular participant out of eight. The platform will also add a group video icon to group chats, allowing you to quickly start a group video call.

Animated stickers, on the other hand, are pretty reminiscent of the current standard version of stickers. The only difference is that they are now animated. WhatsApp will also soon give you the option to enable dark mode on the service's desktop and web app. WhatsApp added dark mode to its mobile platform earlier this year and now it is making its way to the desktop. KaiOS users are also getting WhatsApp Status-like features.

WhatsApp's Dark Mode for web and Status feature for KaiOS will be released this week. However, contact-adding QR code and animated stickers will be available to users in the coming weeks. How do you like the new features? Let us know in the comments.